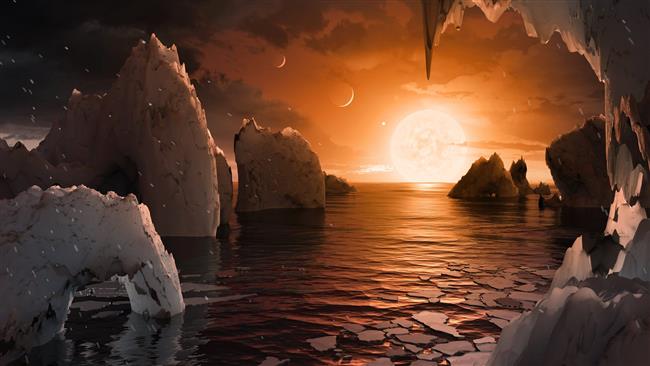 The year 2015 marked the discovery of three rocky planets that were similar to the size of Earth orbiting a dwarf star named Trappist-1. Two years later in the month of February 2017, another four planets were discovered orbiting in a tight pattern around the star. The team behind this discovery was led by a researcher named Michael Gillon who works for the University of Liege. After almost a year of the planets being discovered, astronomers have pulled up new insights related to the potential held by the planets in terms of being habitable.

The Hubble Space Telescope was used to mark these new observations that were published in a journal named Nature Astronomy as well as another journal named Astronomy and Astrophysics under four different papers with in-depth details. The Trappist is the only system after our own that is being studied intensely by the scientists to help find a potential for life beyond our own. However, the system being 40-light years away from our planet doesn’t seem a good deal as it would take a long time to reach this planet system, maybe more millions of Earth years. But when we look at it from the perspective of research, this planet system provides the best opportunity to study celestial bodies that are similar to the ones on our planet.

Amaury Triaud, the co-author for one of the studies and an astronomer from the University of Birmingham explained that these exoplanets provide the best sample for being studied for a system beyond ours that highly resembles our planets like Venus, Mercury, Earth and our Moon as well as Mars. The new study of the planets suggests that these planets are of the rocky kind as speculated earlier rather than the gaseous kind. The density of these planets was unknown earlier but now the scientists estimate that these planets could hold about 5 percent of their total mass of water content. This amount is 250 times that of the oceans present on our Earth.

The new findings also suggested that out of the seven planets in the system, the fourth one resembles Earth the most which has been named TRAPPIST-1e. The planet has similar density, size, as well as the radiation received from the TRAPPIST star, is similar to the one coming from our sun to the Earth.

It also flaunts a slightly higher density as compared to that of Earth which means it could house water in its vicinity. The scientists have been able to determine the respective densities of the planet by the way they move around the star while dimming the light while crossing the viewable zone from the Earth. The amount of light blocked during this orbit suggests the estimated density of the planet.

The upcoming James Webb Space Telescope shall help explore this planet system in a better way after its launch by the year 2019.