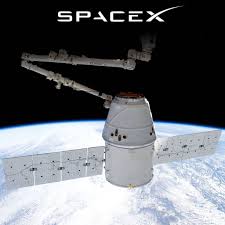 On Wednesday, March 1st, 2017, Billionaire Elon Musk announced to the media that his Space indulged company, SpaceX will soon launch a program which will offer private citizen trip to Moon. However, media have found out that, Elon Musk, who claimed that his company’s vision is unique and a first time for the world to see, has stated a false statement.

Either Elon Musk is aware of the real fact, or he is trying to justify his statement. But the whole point is, in 2005, a Virginia-based space company planned to offer private citizen trip to Moon, for which the company even received a fund of $150 million by the interested duo.

This Virginia-based company is responsible for sending the first ever private citizen due to the International Space Station. All the transportation for the trip were provided by the Russian Soyuz spacecraft. Later, in 2005, Space Adventures announced plans to send tourists on trips around the moon, also inside a Soyuz craft. However, in 2014, Space Adventures company of Virginia even announced that they had paid $150 million for the circumlunar trip. Although getting humans to the moon in a Soyuz vehicle would require significant changes to the spacecraft, necessary trips were being taken. However, this news, today, broke out in front of the media after Elon Musk’s biggest claim to being the first ever company to offer private citizen trip to Moon.

According to the website reports of the Space Adventures, the circumlunar mission would fly two physically tested passengers and one professional cosmonaut to the moon’s far side and would make a close pass by the lunar surface. Elon Musk said the passengers on the SpaceX Dragon trip also, will make a close pass by the face of the moon during their flight. The circumlunar trip of this spacecraft, is still offered on the Space Adventures website, although no specific price is listed. It’s entirely unclear whether Russia’s space agency is working on the necessary upgrades to the Soyuz for a circumlunar flight; a Space Adventures representative told Space.com that the company does not comment on any client’s perspective or planned mission.

Elon Musk’s private company SpaceX has planned to launch a brand new spacecraft on Moon’s orbit which will carry two private citizen of the world, which means that any non-space member with a thrill in heart and lots of bank balance is eligible to sign up for this trip. The trip will cost around $80 million individually. The two citizens have to pass through different health and fitness, giving which they will be provided a basic training on Space. After successful completion of the training, the two passengers will finally start their voyage to lunar orbit.

The SpaceX Dragon Spacecraft is scheduled to get launched by the end of the year 2018.

Get to know about NASA’s latest range of softwares
India set to launch its second Moon mission, Chandrayaan-2 in 2018