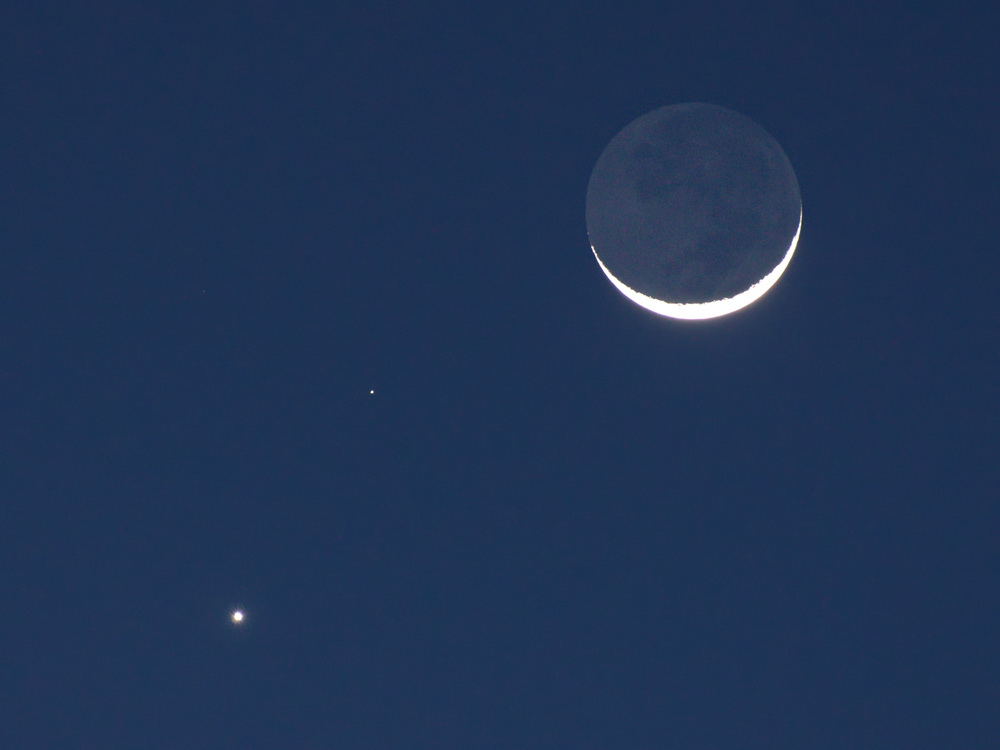 The second month of 2017 is around the corner and only after few hours, the clock will strike at February. The month of January was quite successful for space missions and sky grazers and the approaching month also has some exclusive sights for the space enthusiasts. However, before the month ends, nature has some precious gifts for space enthusiasts in the store, including the slide of Moon over the second planet of the solar system – Venus.

Stargazers will be able to witness the brush of moon by Venus to bundle up the month of January. On 29th January, Sunday night, the sunset will take place at 5:55 pm Tucson time and just after sunset; the stargazers will be able to see the two brightest objects in the west of our night sky. Both vivid celestial bodies will be the moon and Venus.  As the moon will slide over Venus, watchers will be capable of seeing the event clearly in the night skies. The skinny waxing semi-circular moon will be quite low in the sky and will be appeared for few moments, after sunset.

As we are moving towards the concluding phase of the current month, for the last few days, the crescent moon will be appeared at a higher position in the sky at sunset and beam out a little longer after the sundown. The moon will also be sliding away from its specific setting with the sun and will move toward the planet, Venus. After sunset on January 30, one can notice the moon located at a much closer position to Venus in the evening skies, which will eventually sweep right by Venus and will go forward to Mars to wrap up the month.

Once, the new month hits the calendar, stargazers will be able to witness the best sights in the night skies, all through February, including a vivid view of Venus, close positioning of Mars with the Jupiter, as well as the lunar eclipse. Venus with a dazzling look will completely dominate the evening skies of February. Currently, due to moon sliding, the planet is shining at its brightest-ever in last five years.

Among other highlighted conjunctions of the moon with other planets, Mars will be positioned close by to the moon, while Jupiter now turns up before midnight. Moreover, the Comet 45P Honda-Mrkos-Pajdusakova will still be noticeable through binoculars in Aquarius, positioned near Venus.

Moreover, the month of February will make us entering into a new eclipse season. In this month, the world will experience a cavernous penumbral lunar eclipse as well as an annular eclipse. The last eclipse of the season will take place before 21st August. The world will be able to witness a total solar eclipse, which will cut up a thin trail all the way from the west coast to the east coast of the US. This type of solar eclipse is the first in nearly 100 years and will completely cross the US.