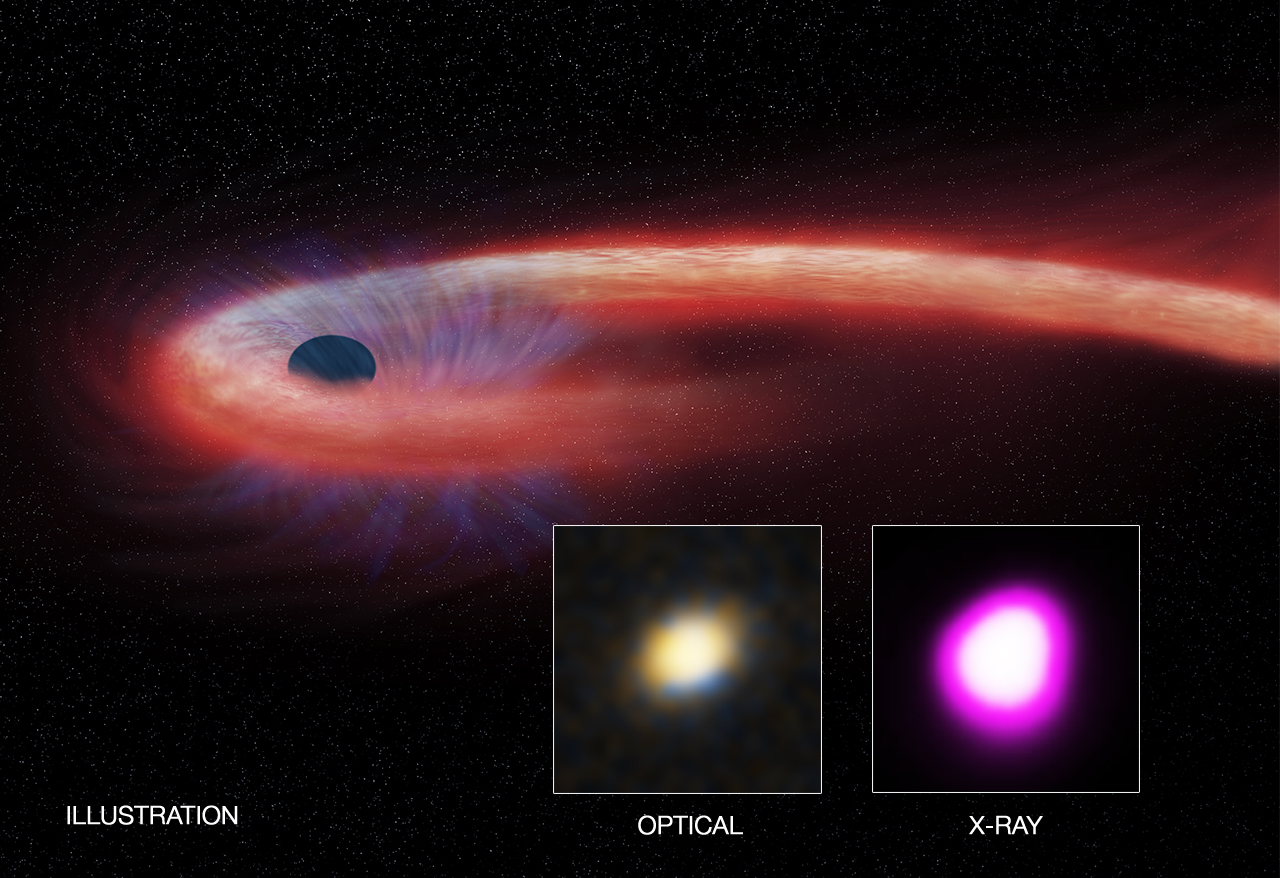 Scientists, with the help of advanced technology and satellites, are moving closer to solve the mystery of Black Holes, which have been a matter of concern for astronomers since decades. In such a breakthrough, scientists have verified world’s largest Black Hole clusters, located in a small galaxy, some 1.8 billion light-years away from the earth. The scientists, in their new research paper also highlighted this cluster to be the hungriest Black Hole Bunch of the cosmos, yet observed.

In the new research, published on 6th February in scientific journal ‘Nature Astronomy,’ scientists have described the black hole, called XJ1500+0154, located nearly 1.8 billion light-years far from the earth. According to the scientists, the black hole is the longest cluster of black holes, ever studied. It is ten times larger than any planetary banquet ever detected.

Moreover, the paper also has claimed that the giant black hole is so hungry that is have been eating stars since more than one decade. The feast of the Black Hole group has been going on for a longer time, and this has stunned the scientists most. They are yet unable to understand, how without violating the laws of Physics, the Black Hole has been sustaining and keeping on its celestial feast. According to the discoverers, the answer to this question will help them to solve many mysteries related to Black Holes, their origin, and their formation details.

Scientists, to uncover this fact used a trio of X-Ray telescopes including NASA’s Chandra X-ray Observatory Satellite and Swift satellite, alongside European Space Agency’s XMM-Newton. BY analyzing the data transmitted by these three topmost telescopes, the researchers found solid evidence for a “tidal disruption event” (TDE). Under a tidal disruption event, the tidal forces because of the strong gravity emitted by the black hole can wipe out the celestial objects like stars.

The team first stumbled upon the black hole XJ1500+0154 on 23rd July 2005 by drawing on ESA-owned and powered XMM-Newton. After discovery, the scientist group employed other X-ray telescopes like NASA’s Chandra X-ray Observatory for monitoring the black hole. During the observatory period, scientists found the XJ1500+0154 to becoming more dazzling until its peaked luminosity took place in 2008. By the peak time, it was 100 times brighter than the time, when it was first discovered.

After conducting multiple studies and round of experiments and observations, the researchers confirmed that what they have witnessed in the course of the experiment is nothing other than tidal disruption event (TDE). Though TDEs have previously been studied, but this one is the longest ever observed.

Surprisingly, the scientists also found that the material neighboring the black hole is consistently going beyond than the Eddington limit, which stands for the utmost radiance a body. Due to the nature of this black hole exceeding the Eddington limit, stars were forced to reach, attract towards the external force of waves and the pull inward by the gravity discharged by the black hole.