Home » News » Space » Planet Skywatching Guide 2017: Where and How to Get Dazzling Glimpses Of Planets 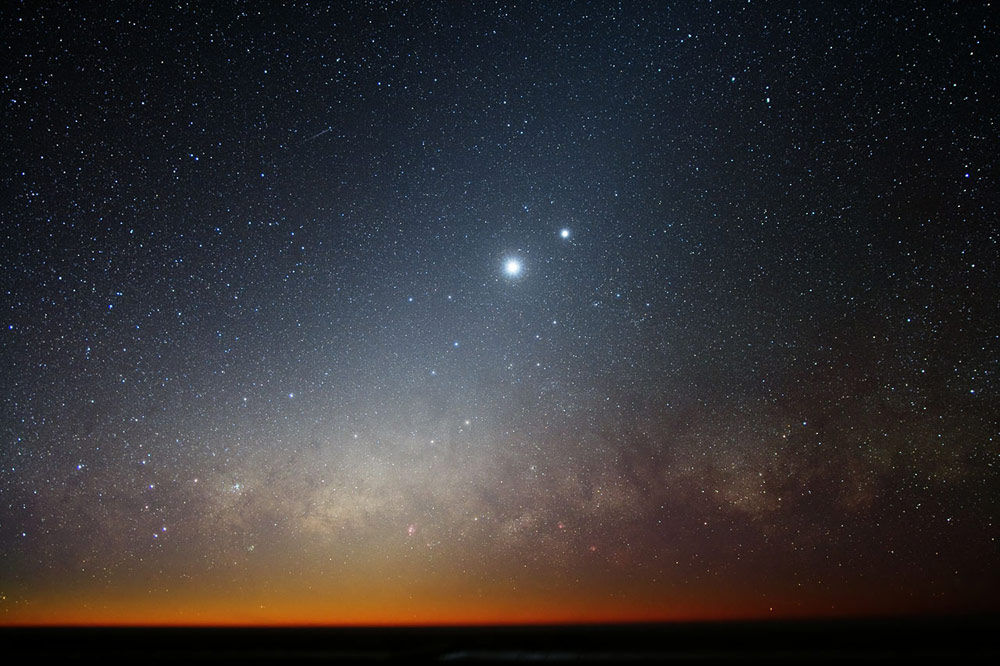 The night skies of 2017 are going to privilege the space and science enthusiastic with multiple and stunning views of planets and shooting stars. The astronomical sights in the night sky of the current year will be multiple in numbers and this article is a guide to make you easily witness the eye-catching views of planets. The sights of planets will take up all through the year under a range of circumstances including conjunctions, oppositions, and elongations. Here are a complete detail of where, when and how to explore these natural phenomena of this year. Have a look:

Mercury, as an evening star, usually appears in the western sky and as a morning star; it becomes visible in the eastern sky. The planet sets around an hour following to the sunset, while in morning; it rises approximately an hour previous to the sunrise. As per the astronomical guide, Mercury will be clearly notable in the mornings from 5th January 2017 to 14th February, from April 29 to June 7, from Sept. 6 to Sept. 20 and from Dec. 20 to Dec. 31. Similarly, as an evening star, it will appear from March 23rd to April 8, from July 5 to Aug. 17, and from Nov. 2 to Dec. 4.

Venus, with a luminous and silvery light, will be visible in the western sky at dusk from Jan. 1 to March 16, while in the eastern sky at dawn from 3rd April 3 to 13th November. As an evening star, the planet will be perceptible from 30th January to 1st March, attaining its highest brilliance on 17th February. Similarly, it will also give its greatest and brightest glimpse as a morning star from April 15 to May 14, reaching at the highest brightness on April 30.

Mars, with the best brilliance edging a yellow-orange hue, can be witnessed from 1st January to June 6 and in mornings from Sept. 11 through Dec. 31. At its farthest point from the Sun on 7th October will be very bright when it will situate 154.9 million miles from the sun and an, even more, distance of 378 million km from the Earth.

Jupiter with a silver-white luster will be spotted on mornings from Jan. 1 to April 6, and in evenings from 7th April 7 to 6th Oct. Again, in mornings from Nov. 13 to Dec. 31, Jupiter will shine like a dazzling silvery “star” against the gloomy background of Virgo, bumping into Libra, on 15th November. The sights of Jupiter will also be notable from March 28 to April 19.

Saturn, like a yellowish-white star, will emerge in the night sky of 17th October, with Saturnicentric latitude of 26.98 degrees. Similarly, on 18th May, the retrograde motion will cause the ringed planet to pump into Ophiuchus, the planet will carry on the same position until its ring grazing into Sagittarius on 18th November. The sightings will also be visible on the mornings of Jan. 1 to June 14 and evenings of June 15 to Dec. 4.

In 2017, Uranus will be clearly visible in naked eyes. At magnitude +5.7, the planet will be visible as a greenish disk, from 1st January to 29th March, mornings from April 30 to 18th October and again in evenings from 19th October to 31st December. On 19th December, Uranus will research at the hostility to the sun and the sights can be witnessed from the earth in naked eyes.

At the highest magnitude of +7.8, the bluish-hued Planet Neptune will be observable only with stargazing telescope or binoculars. It can be spotted in evenings from 1st January to 15th February and again from Sept. 5 to Dec. 31, while in morning skies, it can be witnessed from March 18 to Sept. 4.