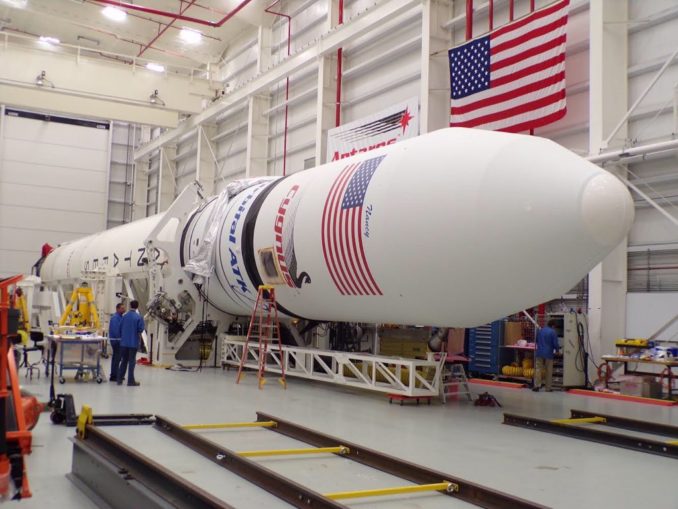 After being delayed by a day, Orbital ATK’s Antares rocket with Cygnus supply ship is now scheduled to launch on Monday at 4:39 a.m. EDT (0839 GMT). The rocket was transferred to the destined launch pad on Virginia’s Eastern Shore from where the rocket will finally lift off towards the International Space Station carrying a weight of 7,200 pounds of cargo. According to the reports, Orbital ATK, the launch provider for the Antares Mission transferred the two-stage booster from the company’s Horizontal Integration Facility on Wallops Island in Virginia from where it took a mile-long journey towards the launch pad 0A.

Upon reaching the launch pad, the rocket was hoisted to the launcher vehicle to conduct further preflight checkouts. The mission was scheduled for launch on Sunday, however, the company posted a statement stating pre-launch inspectors and favorable weather predictions on Monday as the cause of the delay. As of now, there is an 80% probability of acceptable weather on the scheduled five-minute launch window on Monday when the rocket will carry 7,205 pounds of pressurized cargo including equipment and experiments, etc.

The responsible team has already finished loading the pressurized cargo onto the Cygnus supply ship. It includes high-definition cameras that will be used to film the spacewalk in June. Further, it contains high-pressure oxygen tanks that will be used to recharge the internal atmosphere of the ISS. Most importantly, the cargo conducts a self-contained quantum physics research facility called Cold Atom Laboratory developed at the Jet Propulsion Laboratory. It will allow astronauts to chill the content in the facility to an absolute zero temperature that will e further scrutinized. The ship also contains experiments to conduct research at molecular levels as well as sextants that will be used as an experiment in navigation if station’s navigational instruments fail in the future.

Another items in the cargo ship are 16 CubeSats of which, 10 CubeSats will be deployed by the astronauts using the deployer installed in the Kibo Laboratory module (Japan) while other six will have to wait until the spacecraft is sent back to the Earth where it will deploy the six remaining CubeSats en route before burning upon re-entry into the atmosphere. All these equipment and experiments weigh around 7,385 pounds total.

This is Orbital ATK’s ninth of 11 cargo missions sanctioned by NASA with a contract priced at whopping $2.9 billion. The company has conducted 7 successful missions to the space station plus one suffered complications during launch. Another company which is delivering the supply ships to the Space Station is SpaceX with a contract of 20 missions priced at more than $20 billion with 13 successful and one failed launches. 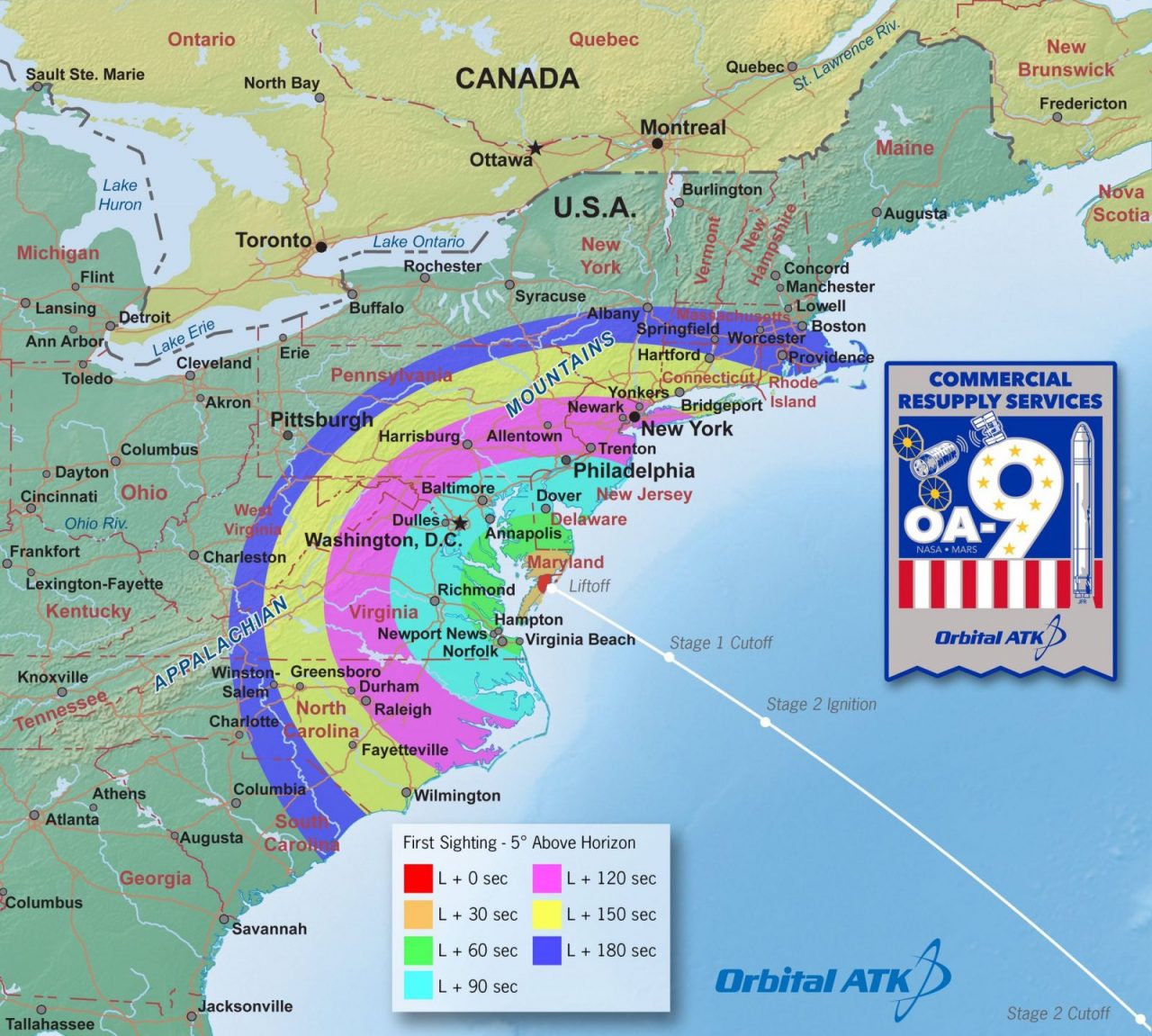 What’s more? Antares rocket used in this mission employs the latest Russain-built RD-181 main engines that will help in liftoff from the launch pad to the Space Station. Most importantly, when Cygnus spacecraft returns to the Earth in July 2018, it will provide a reboost to the space station that will enable the latter to stay on course. After successful reboost, the spacecraft will depart the space station with tons of waste and it will burn up in the atmosphere upon re-entry. As of now, Orbital ATK’s Antares rocket with Cygnus supply ship is scheduled to launch on Monday at 4:39 a.m. (0839 GMT) that will be visible for few to the eastern coast of the United States up till Charleston in West Virginia post-launch.

Pac-Man fever gets to the Mars
Soon, Curiosity will test a new drilling technique after an existing motor failed in 2016