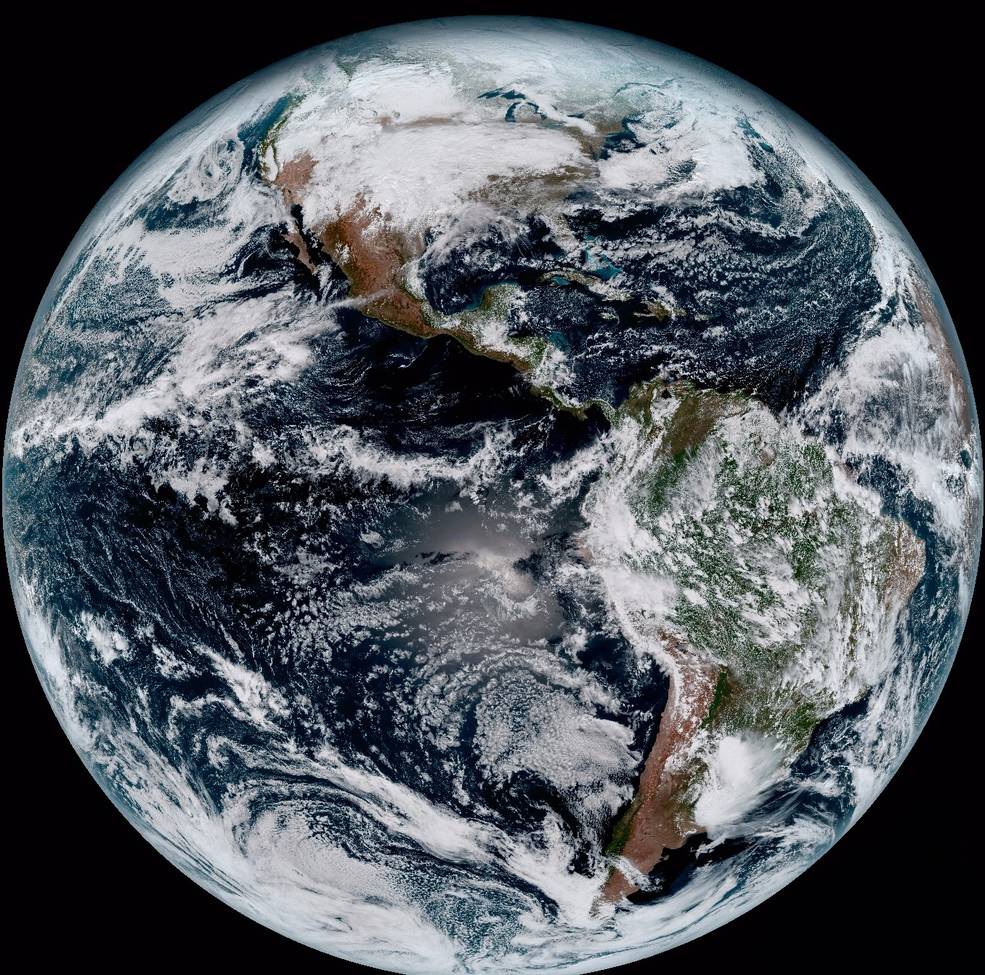 Getting views of earth from space is nothing less than a magical phenomenon and thanks to the space agencies like NASA and NOAA that are enabling us to get glimpses of space and its views through the shared images of the satellite. Recently, the National Oceanic and Atmospheric Administration (NOAA) have shared some crunchy, color pictures of Earth, beamed by its newest weather satellite – GOES-16. In the first suite of high-definition images of earth, clicked from the space, the earth is looking not less than any heaven and it is truly stunning, said the space agency NOAA in its press release.

GOES-16, the first next-gen weather spacecraft of NOAA has successfully transmitted the first set of high-resolution pictures of earth from space. The picture suite, clicked by the Advanced Baseline Imager (ABI) instrument of the spacecraft includes multiple color full-disk discernible views of the Western Hemisphere. The images were captured on 15 January, 2017 and are created employing several of the 16 spectral channels of ABI. The new full-disk and high-resolution picture set are giving the perfect example of the advanced technology, used in the satellite.

The latest weather satellite of NOAA called GOES-16, which is a part of the Geostationary Operational Environmental Satellite system, owned and operated by the National Oceanic and Atmospheric Administration. GOES-16 is the collaborative mission of NOAA and NASA and was launched from Cape Canaveral Air Force Station, Florida, United States, on 19th  November 2016. It is first next generation space probe of geosynchronous environmental satellite, which is launched for monitoring and collecting atmospheric and surface dimension details of the Western Hemisphere of Earth. Its service will allow scientists to make accurate climate forecasting, tracking severe storms and tornados, monitor space weather and conduct meteorological research on climatic conditions of both space and earth.

Currently, the satellite is positioned in geostationary orbit of the earth, which means its location is unmovable in relation to it’s underneath the ground. Currently, the GOES-16 is situated at 22,300 miles over the Earth. The numerical addition to its name – GOES-16 16 stands for its onboard imaging device, which can measure 16 distinct “spectral bands”. Two out of the 16 are noticeable to the human eye, while rest 14 can be experienced as heat.