Home » News » Space » New theory on the formation of the universe: Bubble Theory 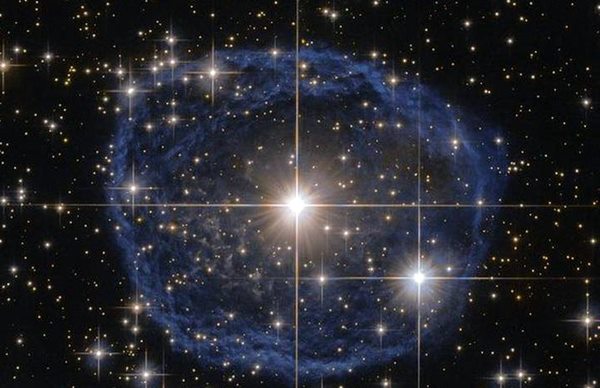 As per the new research, the universe has formed in the wind-blown bubbles around a giant, long-dead star which was 40-50 times the size of the sun. The new theory named as the Bubble theory was formulated by the scientists of the University of Chicago. The theory states that the solar system formed billions of years ago near a supernova.

The previous theory about the formation of the Universe, the Big Band theory informed that it was the big bang event which had happened around 10 to 20 billion years ago formed the solar system. All other things like time, energy, matter and the space in the universe were created during the time of the big bang. The theory informed that the explosion thrust matter in all directions and that expanded the space. When it started to cool, the material in it had started combined together, and from that galaxy, planets and stars were generated.

But the nee bubble theory has given some different fact about the origin of the solar system. The formation of the universe is related to the Wolf-Rayet star, a giant star. It is 40 to 50 times bigger than its own sun.

When the Wolf-Rayet star drops ts mass, the stellar wind plows through the material that was around it. Then it formed a bubble structure with a dense shell.

Nicolas Dauphas, a professor at the University of Chicago, stated that the bubble’s shell is a perfect place which helps to create stars. The dust and gas trapped inside the shell and they condense into stars. With the time part of the shell collapses inward due to gravity which forms the solar system.

Arecibo Radar captures asteroid 3200 Phaethon moving towards Earth; Will it hit?
Life on Mars might be possible underground, says a new study