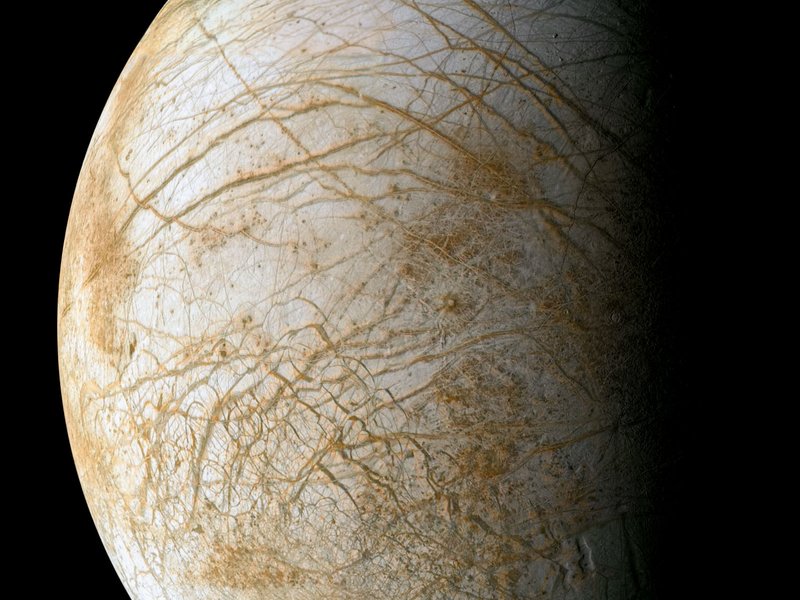 Since early 2016, a research team employed by National Aeronautics and Space Administration (NASA) called Science Definition Team (SDT) has been researching on Jupiter’s icy moon Europa, and after over one year, on 7th February 2017, the team presented their first report on the one-year-long experimental effort. The study was aimed at determining the scientific value and manufacturing design for the potential mission of landing a probe on Jupiter’s moon – Europa.

NASA this week arranged an open discussion regarding the space-hunt mission that has proposed an underwater drone, capable of touching the surface of Jupiter’s frozen moon Europa and conducting a comprehensive search for life beyond Earth. The study was commissioned last year for getting an all-inclusive idea on the engineering design of the Lander for the icy-crust celestial object and this week it as presented in front of the agency for further preparation.

According to NASA, the recently proposed report enlisted three major science goals for the potential Europa mission. However, the primary goal will be to hunt the support of life on Europa, confirmed the US-based space agency on Tuesday. The rest two goals are to evaluate the livability of Europa and to differentiate the shell and subsurface of the extraterrestrial object. While the second goal will be achieved by scrutinizing the materials, collected from Europa’s surface, the third goal achievement will help scientists to pave new paths for the upcoming exploration missions of Europa and its lurked ocean.

According to NASA’s new report, which is one of the four Galilean moons orbiting Jupiter has an enormous liquid ocean, which is buried under its icy crust. As believed by the scientists, this lurked ocean is being used by aliens to move around the object. As the ocean is concealed under the active icy surface of Europa, until now, scientists and probes have failed to spot it. And to get confirmation about the existence of this buried ocean beneath the frozen coating of Europa, NASA has planned Multiple-Flyby Mission which will take wings in the mid of 2020. Currently, the engineers of NASA are developing the blueprint of the rover, which, once approved will be put on trial.

Although there have been a number of exploration missions projected for Europa, thus far, no spacecraft has yet landed on the icy planet. If everything goes accordingly, NASA will be the first space agency to land its probe on Europa. On the other hand, the European Space Agency (ESA) has also projected another exploration mission, titled under ‘Jupiter Icy Moon Explorer (JUICE),’ which is intended for exploring the largest and hugest icy moon of Jupiter – Ganymede by 2022.

China to Set out First Remote-Sensing Night-Light-Observational Satellite This Year
Don’t Just Get Enlivened about Proxima B’s Habitable Zone; It Is Obstructive to Life, NASA Confirms