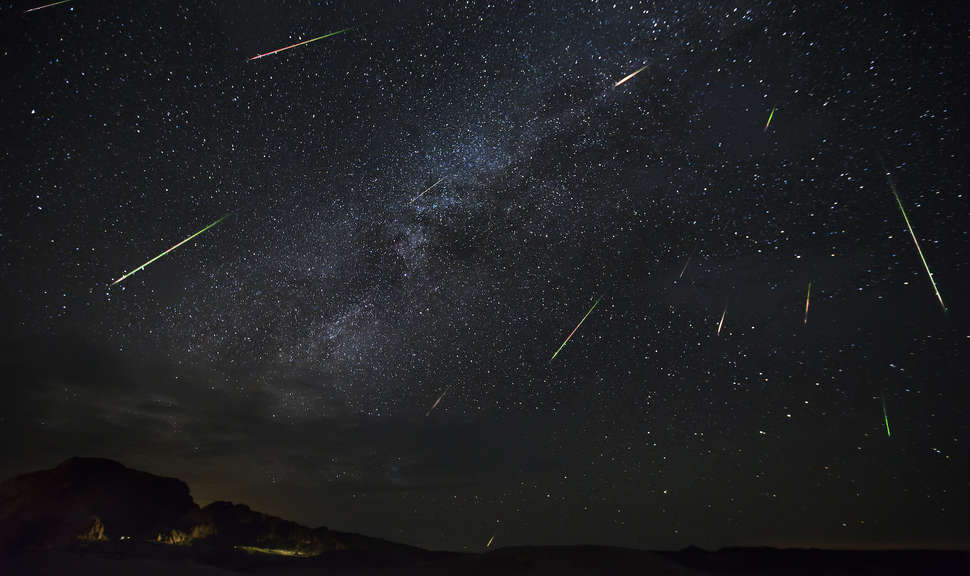 Skywatchers will be again stunned when they look up in the sky for the next upcoming meteor shower. Citing reports surfacing on the Internet, the first meteor shower of the spring could be snapped this week.

The forthcoming meteor shower has been dubbed as the Eta Aquarid Meteor shower, named after star Eta Aquarii, which is the brightest star of the constellation. It will peak at next weekend night. So, the skywatchers will have a great time in watching the dazzling meteor showers.

Meteor showers are a delight to watch as it appears like an extraterrestrial phenomenon occurring just to show how beautiful our universe can be.

There is also a chance for US citizens to watch this spectacular event on Monday mornings. As per today’s weather forecast, the sky will be very clear and the stargazers can get a spectacular view of the bright Eta Aquarids that will dazzle across the night sky. The Eta Aquarids will show up in the night sky till May 28.

The scientists informed that the Eta Aquarids come out from the dust of the Halley’s Comet. When a comet passes through Earth’s Earth’s orbit, it expels dust and debris towards Earth in the form of meteoroids. Once the meteoroids enter our Earth’s atmosphere at high speed, the burn up in the atmosphere and create the spectacular meteor shower.

In this case, when the Earth crosses the orbit of Halley’s Comet in April end and May, the dust and debris entering Earth give rise to the Eta Aquarid meteor shower. It is estimated that the Eta Aquarids will enter the Earth’s atmosphere at about 148,000 mph. Skywatchers can see the Eta Aquarids clearly without the need of any special equipment.

The Eta Aquarids are a meteor shower associated with Comet 1P/Halley. The shower is visible from about April 19 to about May 28 each year with peak activity on or around May 5. Unlike most major annual meteor showers, there is no sharp peak for this shower, but rather a broad maximum with good rates that last approximately one week centered on May 5. The meteors we currently see as members of the Eta Aquariid shower separated from Halley’s Comet hundreds of years ago. The current orbit of Halley’s Comet does not pass close enough to the Earth to be a source of meteoric activity.

Although this shower is not as spectacular as the Leonids may be and well below the rates of the Perseids or the Geminids, it is not an ordinary event. The Eta Aquariids get their name because their radiant appears to lie in the constellation Aquarius, near one of the constellation’s brightest stars, Eta Aquarii. The shower peaks at about a rate of around a meteor per minute, although such rates are rarely seen from northern latitudes due to the low altitude of the radiant.

The Eta Aquariids are best viewed in the pre-dawn hours away from the glow of city lights. For northern observers, the radiant of the shower is only above the horizon for the few hours before dawn, and early-rising observers are often rewarded with rates that climb as the radiant rises before sunrise. The shower is best viewed from the equator to 30 degrees south latitude.

The first month of the year has started with a boom. On 3rd January 2018., people saw the super moon lighting the sky with its stunning brightness. On the same day, the people witnessed another light works by the Quadrantid meteor shower. Well, the brightness of supermoon has affected the visibility of the meteor shower. However, on Wednesday some people of North America had observed the event.

The meteor showers are not quite easy to watch as it appears and disappears in few seconds. But, this time a fiery space ball, part of the meteor shower was captured by a dashcam of Bemidji Cop. Soon the department published that stunning video in social media. The fiery ball appeared in the sky for few second then vanished in the night sky.

All the events of the meteor showers are part of the annual meteor showers. It happens when the earth moves through waves of debris made with comets or asteroids. For more information, the Quadrantid meteor shower is the part of the asteroid 2003 EH1. Scientists said the 2003 EH1 is actually an extinct comet. It has lost its water ice and other volatile materials when orbiting around the Sun for many years.

On the other hand, ASP members had also observed the Geminid meteor shower through the Newtonian telescope at the observatory in Pulau Betong, Penang.  More than 100 people had visited the observatory during a camp and watched the beauty of meteor shower. The camp was held by the Astronomical Society of Penang (ASP).