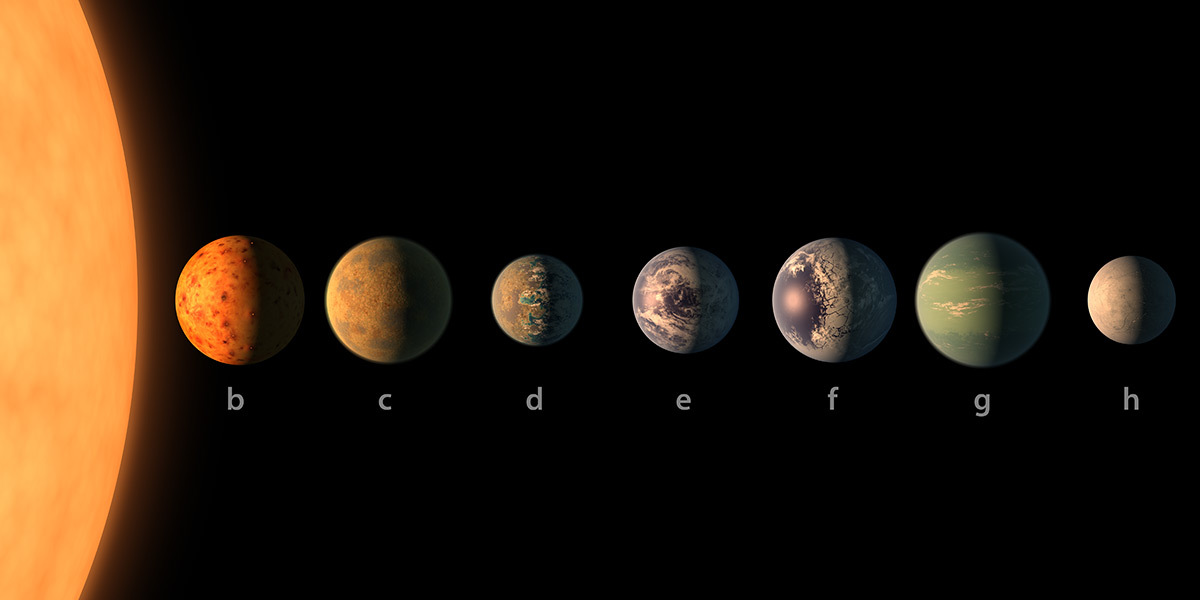 Here’s the biggest discovery of the century – a dim star system, consisting of seven Earth-sized planets, called “TRAPPIST-1”. In the most recent celestial breakthrough, scientists have stumbled upon seven tightly-packed Earth-sized planets, orbiting around a muted star called TRAPPIST-1. The number of planets and the intensity of radiation the planets are receiving from their host star making these new exoplanets a little analogue of our local Solar System.

NASA announced this surprising discovery through an article in ‘Nature’ alongside a news conference held earlier this week. In the last two decades, scientists have managed to find nearly 3,500 exoplanets, orbiting stars beyond the solar system. So what are the new things about the new planet system that grabbed the headlines?

Well, it is their possibility to habitability and supportive nature to microbe life. In a recent perspective, scientists from the National Aeronautics and Space Administration (NASA) have stated that at least one out of the seven new planets could host life. It means, soon we might be going to get the second version of ‘Earth’. However, thus far, there is nothing confirmed.

Wednesday, 22nd February 2017, NASA arranged a press conference in which, the agency gave some enchanting information regarding the new star system and the possibility of second Earth. According to NASA, TRAPPIST-1 is a tiny and ultra-cool dwarf star which is exactly opposite to our host – Sun. The star system has luminosity approximately 1/1000th than that of the Sun.

Weighing against the two at Wednesday-held news conference, Michaël Gillon, the lead author of the study paper, published in the journal ‘Nature’ said, if the Sun is equal to the size of basketball, the new start system -TRAPPIST-1 will be akin to a weak golf ball. It means, the amount of heat the three out of the seven TRAPPIST-1 planets are actually receiving is analogous to the quantities of emission as received by Venus, Earth and Mars.

This cluster of exoplanets is positioned in the constellation Aquarius, nearly 40 light-years away from the Earth. The exploration mission led by NASA and the Belgian-led astronomer tea mutually has paved new paths for the deciphering of various celestial mysteries. Three of seven new planets are orbiting in the supposed habitable zone – a region which can host water and life, while the rest four planets are right at the doorway of the inhabitable area.