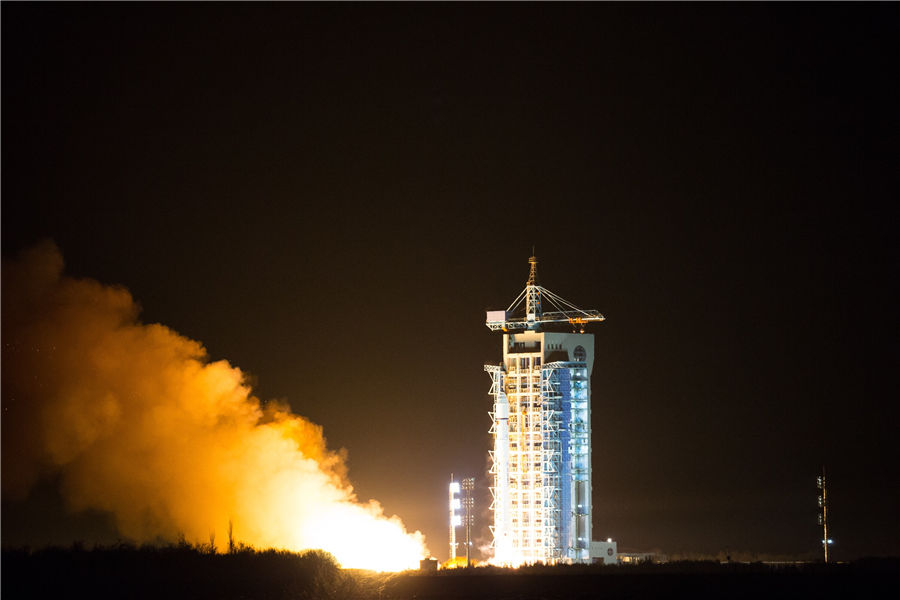 In order to detect and monitor the emission and impact of carbon dioxide, China, has successfully launch its first minisatellite to space. Today, on 22nd December 2016, China’s first-of-its-kind global carbon dioxide detection and monitoring space probe took off from the ground-based launcher in order to understand the changes in climatic patterns. The satellite named as “TanSat” was placed into orbit by ‘Long March-2D’ missile today, at 15:22 UTC. The launch took place at Jiuquan Satellite Launch Centre, located in Northwest China’s Gobi Desert on the early morning of Thursday.

As per the reports of the State-run Xinhua News, after the US and Japan, China is the third country to detect and supervise the emission of greenhouse gasses through its own-operated satellite. The satellite TanSat was transmitted into an orbit of sun-synchronous which is located around 700 kilometers above the earth. Weighing 620 kg (1,370 lbs), the satellite is intended to endorse the Paris climate change protocol and will monitor if the nations are following the rules or not.

TanSat has been put on the orbit on a three-year mission. In these three years, the satellite will methodically scrutinize the intensity and level of carbon dioxide in every 16 days, precise to at least 4 parts per million, reports Xinhua. The new satellite will allow China to get hold of the first-hand data about CO2 emissions and contribute to the ongoing global climate change research.

The satellite will keep an eye on the application, allocation and stream of the major greenhouse gas- the carbon dioxide (CO2) in the atmosphere. It will help the Chinese Scientists to understand the climatic patterns, the reasons behind its abnormal changes, and will present independent data to the researchers, said Yin Zengshan, chief designer of TanSat at the Chinese Academy of Sciences (CAS) microsatellite research institute.

Today’s launch is the 243rd space mission of the Long March series rockets. Along with TanSat, the missile also transmitted a high-resolution micro-nano rocket and two spectrum micro-nano satellites which will be employed for studying and monitoring the agricultural and forestry activities.