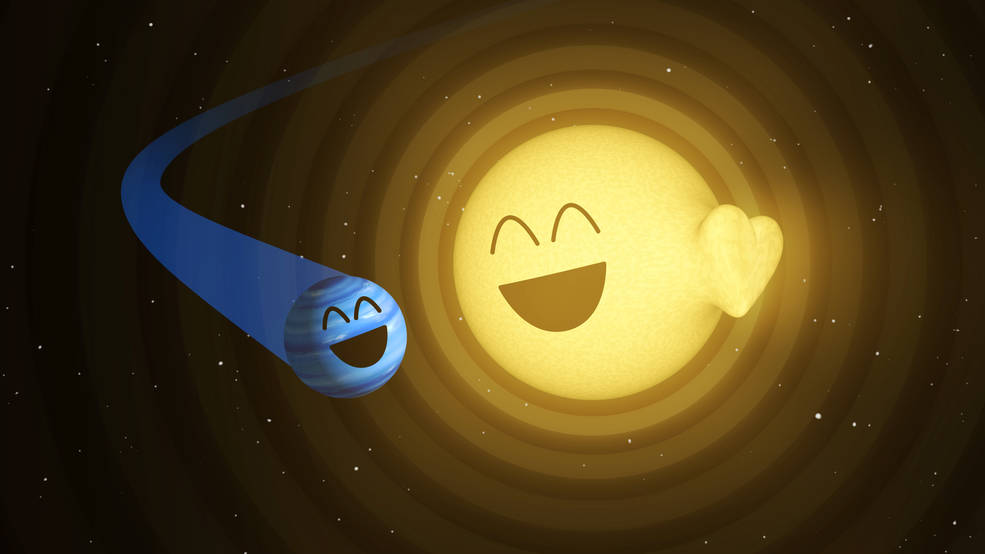 Valentine day is around the corner, and the entire world is busy in expressing their love to their special persons. But do you know, in the angelic realm, there is a couple who are also celebrating the love week? Jokes apart, NASA’s Spitzer Space Telescope, which is the fourth and final telescope of NASA Great Observatories program, has detected the ‘Tumultuous Romance’ between a star and planet in the sky.

Located from some 370 light-years away from Earth, the star is found to beat when its companion planet is coming closer to it. This is a first-of-its-kind exploration, which has detected this type of relations between a planet and its host star.

The most recent research paper appeared in the journal ‘Astronomical Journal Letters’ has documented the exceptional event of planet-stimulated pulsations in a planetary object. The star, dubbed HAT-P-2 is spotted beating or vibrating in every 87 minutes, which matches perfectly up to the harmonics of the elongated orbit of its remote planet. Even though the orbital timeline of the planet is 5.8 days, scientists are still in uncertainty regarding the factor which is causing the flare-up or pulse on the heated surface of the star.

The pulsation event is taking place in every 87-minute interval, while the orbital period of the planet is 5.8 days. According to the scientist team of NASA, there is something which is evading from the eye of the telescope. Earlier, astronomers have already detected multiple events of star-on-star pulsations, which are known as “heartbeat stars”. But such influence of a lone planet on its host star is first-of-its-kind and is inexplicable too.

According to Julien Wit, the lead astronomer of the study and a postdoctoral student at the Massachusetts Institute of Technology (MIT)’s Department of Earth, Atmospheric and Planetary Sciences;

“The planet isn’t weighty or close enough to the star, and hence it is quite unable to create such a spectacular astral pulsation single-handedly. Hence the pulsation event is a cosmological mystery, which might hold clues to many secrets of the solar and planetary system.”