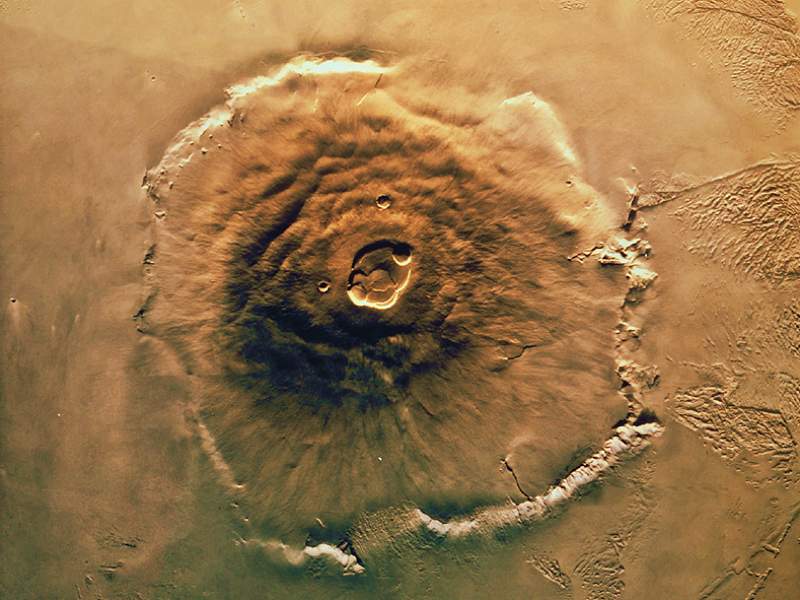 In a significant breakthrough, astronomers have unveiled a solid evidence of a two-billion years old volcano activity on Mars. Scientists, after analyzing a meteorite, collected from the Red Planet have stumbled on the solid evidence of a Martian volcanic activity, occurred nearly two billion years ago. The finding also verified that some of the longest-lived volcanoes of the planetary system might be residing on the Martian surface. The finding is expected to pave new revolutionary paths for the exploration of ancient Mars and solar system as well.

The finding is completely based on a palm-sized rock that belongs to the Martian Planet. Weighing less than a pound, the meteoroid fits in Scientist’s palm. This rock helped the scientists to visualize a flawless depiction of the olden times of volcanism on Mars. The tiny igneous meteoroid broke off Mars when a mysterious element collided with the Martian surface, nearly 1.1 million years before. It plunged through space, knocked down to Earth, and landed in the desert in Algeria.

The Martian meteorite, dubbed as Northwest Africa (NWA) 7635 was eventually detected to be made out of Shergottite – a known Martian volcanic element. However, it was not the only igneous rock evicted from Mars. Scientists have found more than 10 Martian rocks with the same extraterrestrial ray contact, which are giving the clear indication regarding the volcanic explosion in Mars before 2 billion years ago.

As highlighted by the study report, Northwest Africa (NWA) 7635 has a Sm-Nd crystallization epoch of 2.403 ± 0.140 billion years, and isotope data points that, this Martian rock is derived from a mismatched trace aspect similar to the element which generated a geochemically distinctive cluster of 327- to 574-million-year-old “depleted” shergottites. Cosmogenic nuclide data also revealed that NWA 7635 was driven out from the Red Planet nearly 1.1 million years ago.

According to Tom Lapen, a geology professor at the University of Houston and the lead researcher of the study, “During the research, we found other meteorites to belong to an ear that dates back from 327 to 600 million years old, while the Northwest Africa (NWA) 7635  was configured nearly 2.4 billion years ago. Scientists analyzed a number of substances that can provide information about the period of the meteorite, its source of volcanic emission, duration of time in space and its age on Earth’s surface.

The study was published in science journal ‘Science Advances.’