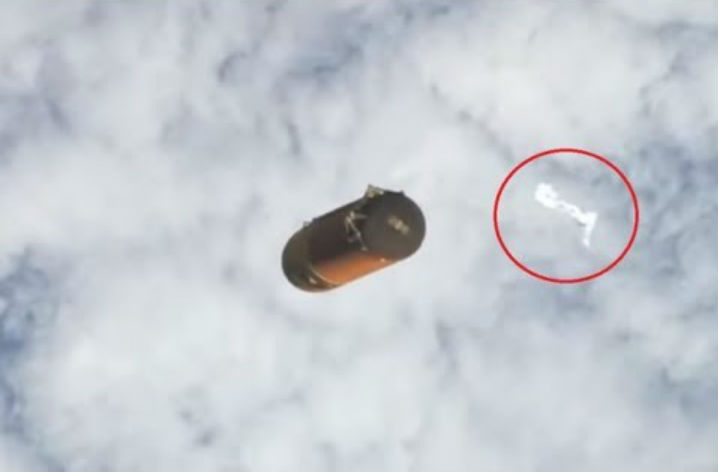 The hunt for alien life has been continuing for years, and those included in these campaigns have various times come close enough to provide proof justifying it. As far as 2017 was concerned, it has been quite eventful regarding UFO spotting. Current reports of a UFO spotted in both Google Maps, and Google Earth had been doing the rounds. A large triangle shaped object was observed in Australia with twinkling lights placed continuously nearby it at coordinates 30°30’38.44″S 115°22’56.03″E. This triangle was seen first in 2007, and UFO believers took a deep interest in it. Claims had come to the fore that it was a triangle shaped UFO which had been caught floating above Earth.

Though, on closer examination, it was found that the ‘UFO’ is the Alvernia Studios, used for films, as well as features for music projects and video games. In the meantime, a 2011 archive footage regarding NASA’s shuttle launch has come to the fore after an unknown white object was detected.

UFO chasers have declared that it is evidence of an alien craft. The old footage posted initially been on NASA’s official YouTube channel has been re-examined. Moreover, it was re-uploaded to the channel UFO. The channel has described the object as the White Knight Satellite an allegedly extra-terrestrial spacecraft that has been privately orbiting the Earth for thousands of years.

Co-lead of NASA’s NExSS project Mr Tony del Genio has claimed that the revelation of alien life may be only a couple of decades away. Moreover, he has also said that alien life can be extensively different from Earth.

Though, it is not proven that this is whether an alien spacecraft or just natural clouds were there in the sky. As this subject came into the light again and grasped the attention of many investigators and researchers, it’s creating a mystery among the UFO hunters. But it is assumed that something strange is going on around Earth it has been shown. This year has been the most critical year for space lovers as we encountered a lot of strange things about the extraterrestrial life and the unusual sounds, which was scary but the reason behind all these events is still a mystery. We hope that Nasa will soon expose all this puzzle, and if they prove that the aliens exist, this is going to be the most vital news in the space history and will increase the belief of many researchers.

‘TAKE ME HOME BUTTON’ could guide astronauts to reach safely to their desired location
BUD On Mars: Budweiser plans to brew on Red Planet