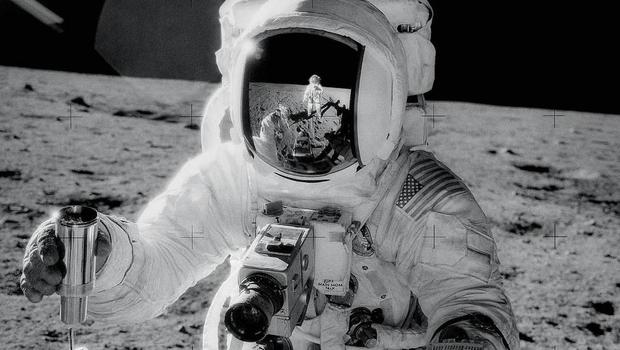 Alan Bean was born on March 15, 1932, in Wheeler, Texas. After completing his bachelor degree in aeronautical engineering from the University of Texas in 1955, he started as a Navy test pilot where he logged more than 5,500 flying hours in 27 different types of aircraft. NASA chose him as one of the 14 candidates for training in October 1963 in the third group of NASA astronauts. In November 1969, the Apollo 12 crew including Charles Pete Conrad, Alan Bean, and Richard Gordon flew the second mission to the moon where they spent around 31 hours on the lunar surface for experiments and other tasks.

During the Apollo 12 mission, the astronauts installed a nuclear power generator station, first of its kind on the lunar surface to provide a power source for future missions. Alan commanded the Skylab mission II from July 29 to September 25, 1973. In 1975, he retired from the Navy and then from NASA in 1981. Post his retirement, he dedicated full time to become an artist and a painter where he expressed his experiences on the moon in his arts.

‘Golden Records’ sent on Voyager missions might be confusing for aliens
China’s Queqiao relay satellite brakes near the Moon; It will enter the halo orbit soon