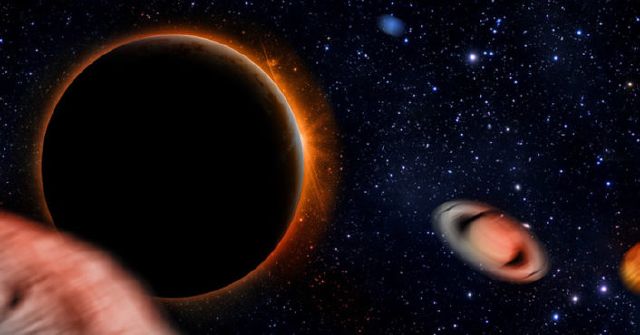 As per the latest findings, astronomers found evidence of a Trans Neptunian objects named as “2015 BP519” whose orbit’ radius is between 35 to 862 times the radius of Earth’s orbit around the sun. It is sought to have been affected by a ninth planet since it follows a bizarre and eccentric orbit at an angle of 54° in relation to the plane followed by other planets in the solar system.

A team from Dark Energy Survey studied the object and has stated it as the most extreme Trans Neptunian Object ever found. The team ran computer simulations to understand the reason behind the strange orbit and if any of the eight planets could have affected the object’s orbit, however, they found no supporting evidence. David Gerdes, co-author of the research paper stated that the planet nine is more likely to exists, however, there isn’t a concrete evidence supporting it.

According to his last paper released in 2016, there are currently six objects floating in the Kuiper Belt which have an elliptical orbit. He asserted the fact that all these objects are being dragged in the same strange direction with a title of 30° away from the plane followed by all other planets. Another paper elaborated it according to which, a Planet Nine with its orbit is influencing the orbit of all these objects by 6° from the equator of the sun.

To explain how other planets orbit around the sun, consider that the solar system is actually an invisible table top with Sun in the center and all other planets revolving around it in the same plane but with different orbit radii. Some of the planets would dip or rise based on their orbit for which, the angle is calculated. As of the object 2015 BP519, it tends to have an orbit skewed with an angle of 54° corresponding to the plane of the solar system. Since there are plenty of objects in the Trans Neptunian Objects with a similar contrasting orbit, these add up to the evidence on the existence of a Planet Nine that could possibly drag these objects of their actual orbit.