Home » News » Space » Enormous Spitballs Are Being Fired from Milkyway’s Black Hole, Which Can Cuts Stars into 100 Million Jupiter 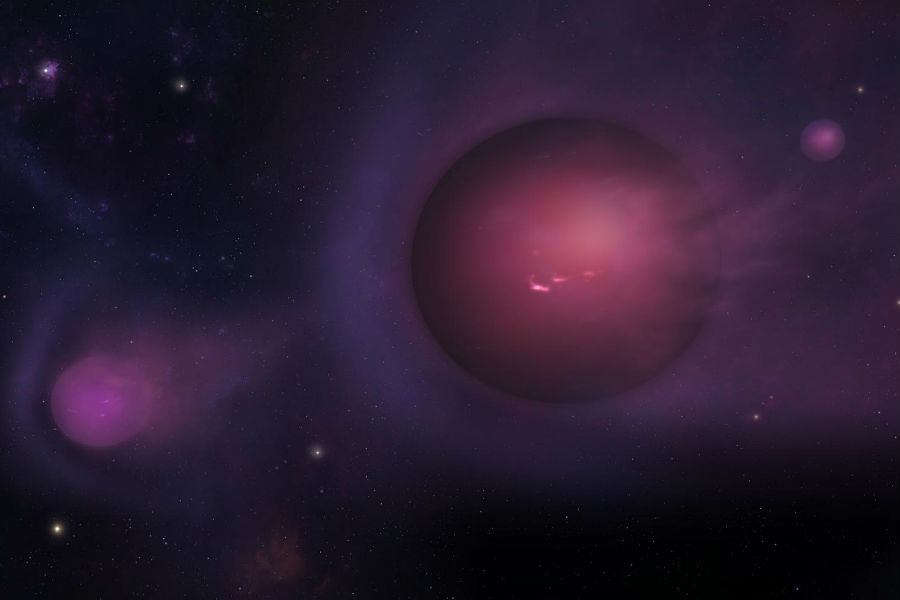 Black holes, their existence, and their configuration have always been a great source of an enigma for worldwide astronomers and to boost up this mystery more, scientists have discovered a new theory that can revolutionize the existing theories related to black holes. As per the astronomers, the core of every galaxy has a supermassive black hole that keeps the engine of the galaxy turn on. But when a star draws closer to the black holes, it started throwing fireballs that later slashes the star into 100 million Jupiter; with the dimension about 36 million km per hour.

New research, led by Eden Girma also reveals that the gas thrown by the black hole not only can congregate itself into planet-size celestial stuff but also can fling those objects all through the galaxy in a game of extraterrestrial “spitball.” The black hole, located in the center of the Milky Way is recently found out to be ripping up rootless stars and then dumping planet-sized “spitballs” at 10,000 km per second or around 36 million km per hour.

As per the new revolutionary theory, presented on 6th January 2017 at the American Astronomical Society, Milkyway’s black hole is destroying the stars and cutting them into millions of pieces, which dimension are much more heavier than the planet Jupiter. The black hole chews up the moving star orbiting close to its location, by transmitting a long bunting of gas thrashing outward.

According to the lead author of the study, Eden Girma, who is also an undergraduate student at Harvard University and a member of the Banneker/Aztlan Institute, “A single ragged star has the potentiality to create hundreds of thousands of these planet-sized celestial objects. We are surprised; where do they wind up and how close they can come to the earth? And to find out the answers to all such question, we programmed a computer coding, which found out that, the closest planet-sized “spitball” is residing within a few hundred light-years of Earth, which may take more than a million year for this to get closer to Earth.”

Girma is also the lead presenter of the findings at the poster session, conducted on Wednesday and at the press conference, held on Friday during the American Astronomical Society.