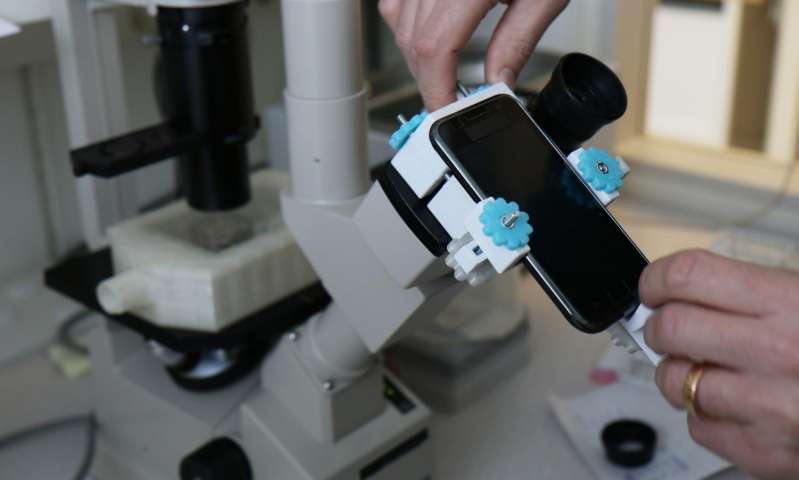 Live cell imaging which used to be conducted through the time-lapse microscopy for detaining a better and clearer understanding of the biological function of the cellular dynamics has been privileged with a new ground-breaking technique for being carried out. A recent study has developed an innovative and cost-effective way through which smartphones can be used to capture the video footage of living cells.

The research conducted by a group of scientists from Uppsala University shows that without using any expensive equipment, the movies of biological functions of cells can be made only with a smartphone. It is a discovery, which is expected help the laboratories around the world to make films on the biological movements of the cellular dynamics through the smartphone, by kicking out the need of costly equipment to do the same.

The study is published in the open access academic journal “PLOS ONE”, detailing the complete procedure and methods about “how to use smartphones for filming cellular movements”, making it promising for worldwide laboratories to perform the same thing.

To summon up, live cell imaging is one of the most powerful studies which involve the filming of living cells using the time-lapse laparoscopy. The method of live cell imaging was forged in the first decade of 2000, by Julius Ries. Julius Ries, for the first time successfully made micro cinematographic films of cells which revealed the process of fertilization and growth of the sea urchin egg. Since then, a number of microscopy methods have been invented allowing the scientists gaining a better and clearer understanding of the organic function of cells.  However, all of those invented methods are extremely expensive and need high-end equipment to be carried out successfully.

But the newly detected technique of using a smartphone for live cell imaging has created the possibility of a less expensive and easier trick to understanding the movement of cells. In the present research, the scientists upgraded the old standard microscopes to premium live imaging stations by integrating it with some 3D-printed elements, off-the-shelf electronics, and a smartphone. After the experiment, the research revealed that the consequentially updated microscope systems presented multiple outstanding cell culture compatibilities and produced a high-resolution imaging of living cells.

The study was led by Johan Kreuger, a senior lecturer at the Department of Medical Cell Biology at Uppsala University.