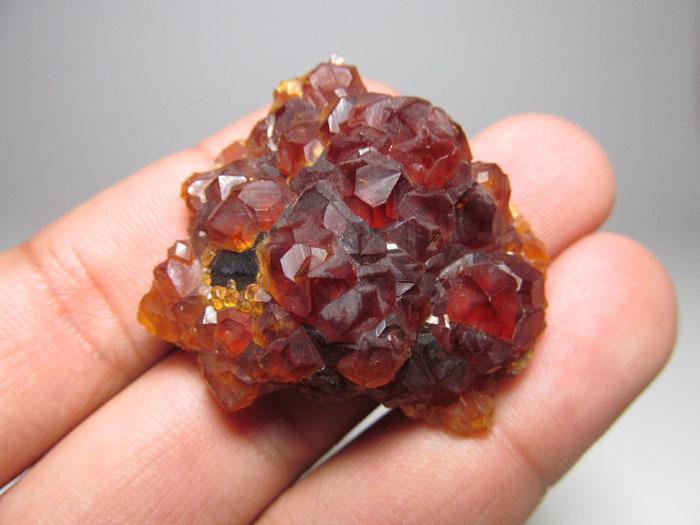 Mars is called as the red planet because of the rich iron content which when exposed to meager oxygen available in the planet’s atmosphere, it reduced to a rust-coated planet which appears red. As per the researchers, Earth could rust too, however, due to a fraction of iron content seeping inside the continental crust, the Earth is still a healthy planet without any rust. For years, researchers have been studying the reason behind depletion in iron content from the crust. Finally, a new paper could shed light on the reason behind it.

Scientists used to believe that volcanoes and a mineral found deep into the Earth’s crust called magnetite were responsible for mission iron from the surface. Magnetite was believed to have sponged up ion from molten magma inside the volcanoes which could explain the reason behind depletion in the iron content. However, a new research paper published in the journal Science Advances sheds light on the actual culprit behind such depletion.

The study conducted by researchers from Rice University in Texas found out that the real culprit is garnet is not magnetite. The paper points out if magnetite is the culprit, it could be in abundant at the thicker continental crust, however, it there is no relation between the thickness of the crust and the levels of magnetite present. In fact, researchers found out garnet is present in abundance where the crust was thick. Further, Almandine, an iron-rich type of garnet which requires high-temperature and high-pressure to form are identical to the pressure produced by continental margins where the dense oceanic crust slides or subducts beneath the continental crust.

Researchers started looking for xenoliths which are rocks formed at 50 miles or 80 kilometers deep into the volcanoes. These rocks are formed at a greater depth, however, the extreme force produced by volcanic eruptions tend to rip these stones apart and scatter them through the eruption. These rocks provide necessary information about the volcanic eruptions and the condition below the crust and more. When researchers studied the xenoliths collected from southern Arizona, they found out these stones had a rick amount of garnet.

Further, the scientists visited the Max Planck Institute’s GEOROC Database in order to track xenoliths since the database consists of rocks collected from volcanic eruptions from all over the world. When they analyzed the rock samples, their hypothesis proved true as the found out that magma with a higher quantity of garnet had depleted iron content which is correlated. Researchers will have to collect and analyze few other samples in order to be certain about the evidence found and described in the research paper.

Now that researchers have a suspect in the form of garnet which is stealing iron from the continental crust, researchers can perform further studies to scrutinize it further.