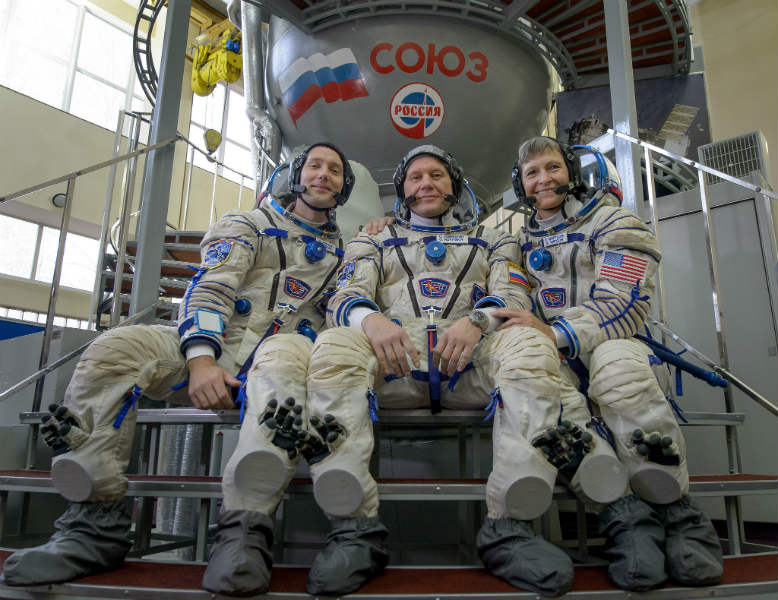 The largest habitable artificial satellite of NASA, the International Space Station (ISS) currently hosts 6 guests from Earth and soon three others are going to be added to this guest list of ISS. In the late spring of this year, two astronauts, each from Europe and Russia will take a trip to the International Space Station, hiking the number of visitors of ISS from six to nine. Recently, NASA has announced new changes with its next ISS mission, which means ESA astronaut Paolo Nespoli will now be partnered with two new astronauts for the next ISS mission.

As announced by NASA, the next ISS trip will involve veteran astronaut Paolo Nespoli, from the European Space Agency (ESA), US astronaut Randy Bresnik, and the Russian astronaut – Sergey Ryazanskiy from Russian space agency Roscosmos. All three astronauts will be shipped to the ISS in the spring of 2017 through the NASA’s expedition spacecraft.

The upcoming trip will be the second ISS mission of Randy Bresnik, while for Ryazanskiy, this will be the second expedition. On the other hand, for Paolo Nespoli, this will be the third trip to the international space station. All of the three astronauts will be shipped to the ISS through the Expeditions 52 and Expeditions 53 spacecraft. To introduce and honor the astronauts, NASA has arranged a press conference on 25th January, Wednesday, where all three astronauts will take part in a news conference, scheduled for 2 p.m. EST, Jan. 25. The event will be held at the Johnson Space Center of NASA, located in Houston. The live broadcasting of the news conference will air on NASA Television as well as on the official website of the agency.

During their stay in ISS, the astronauts will conduct more than 250 technological experiments and investigations as well as some scientific demonstrations on board the orbiting space laboratory. The experiments which are impossible to be conducted on Earth will have an effect on the space, said NASA in the recent statement.

The investigation programs include the Cardiac Stem Cells exploration, which will be conducted to find out how microgravity impinges on stem cells; bring physical and mental changes. Other highlighted experiments like Cosmic-Ray Energetics and Mass trials are also programmed to be conducted in ISS.