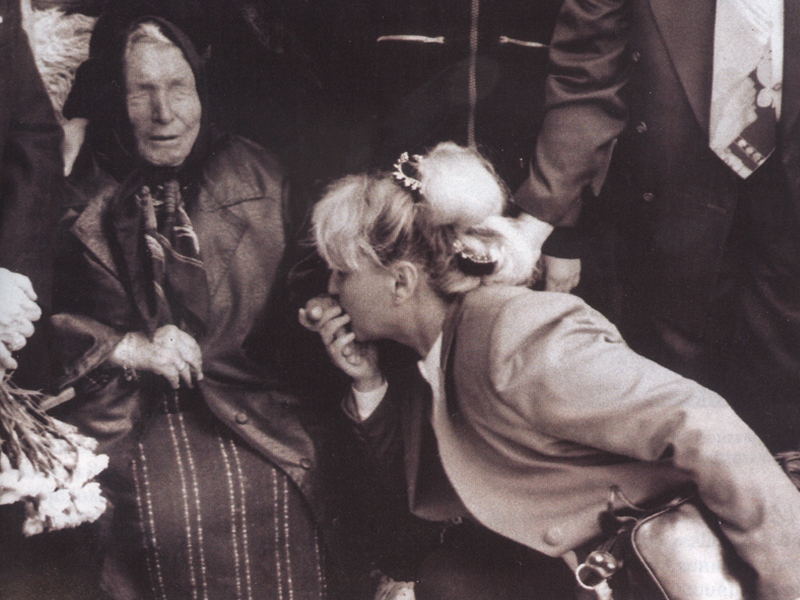 Baba Vanga, whose predictions shocked the world and turned into reality; had made two predictions for the upcoming year 2018 which can cause a whole difference in term of science and economy. She predicted that a new form of energy would be discovered on Venus and China will take over from the US and will become the world’s next superpower.

The Bulgarian blind mystic had predicted some of the terrible incidents such as  9/11, Brexit tragedy, the origin of ISIS and Indian Ocean tsunami or Boxing day tsunami of 2004. She also named as Nostradamus from the Balkans. Before the death, she dropped prophecies up to the 51st Century. Moreover, she predicted that the world would end.

Baba Vanga was born on 31st January 1911 and died on 11 August 1996 at the age of 85. She was famous for predicting natural disasters and foretelling the significant events of the world. When she foresaw the  9/11 tragedy, she said that two steel birds would attack the American brethren. The wolves will be howling in a bush, and innocent blood will be flowing, news.com.au reported.

Meanwhile, if we talk about the predictions in 2018, right now, there are no plans confirmed to send any space probe on Venus, but the Parker Solar Probe will use Venus’s gravitational force to fly around the Sun. The probe is named after the solar astrophysicist Eugene Parker is scheduled to launch in July 2018. It will examine the outer corona of the Sun.

The mission of Parker Solar Probe is to discover the flow of energy that heats the plasma circling the Sun, discover the structure of the magnetic fields at the sources of solar wind, and investigate dusty plasma including its impact on solar wind and dynamic particle formation.

China’s economy is expanding continously from past few years. Although China’s economy has not taken over the US yet, it is increasing rapidly. In 1970, this country gained only 4.1 percent of the total world’s economy, and in 2015 the percentage rose to 15.6. Since then there is no looking back for China. On the contrary, in 2015 the US provided 16.7 percent of the world’s economy, and surprisingly it is expected to fall by 14.9 percent in 2025.

Baba Vanga also forecasted some of the future events which may occur at the time. The activities in 2028 such as the problem of global hunger will get sorted, and humans will fly to venus for a search of new sources of energy.

The polar ice caps will get dissolve between 2033 to 2045 which will cause the rise of sea level. The world economy will grow, and the Muslims will rule on Europe. Though, this can be true as the impact of ISIS on Europe is visible for all.

Mars colonies will get nuclear weapons by 2256 and in 3005 the war on mars will change the trajectory of the planet.By the year 2130, we will live under water with the help of aliens and in 2341 will become Earth unhabitable because of natural and human-made tragedies.

She even predicted that we would be able to decode the time travel between 2262 and 2304. By 3797, everything on earth will die, and we will move to the new star system. According to her forecast between 4302 to 4674, human and aliens will understand each other and 5079 the universe will end.

If the 2018 forecast came true, then we going to raise the faith for other predictions too inevitably. It will be so surprising to see if China becomes the next superpower and the energy sources get discovered o Venus even though till now there is no such mission in existence. 2018 is about to start, and if we look the past forecasted tragedies, then we going to witness some of the influential events of the world.

Earth is a hollow sphere and Aliens, Nazis, Vikings live beneath the planet
New study claims that first ever photosynthesis occurred 1.25 billion years ago