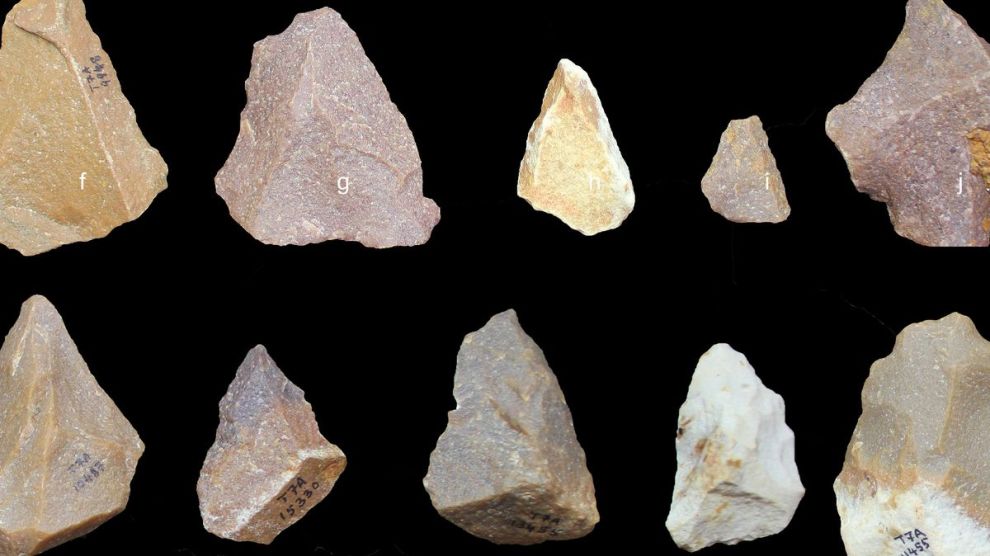 Some latest discoveries have led the scientists to scratch their heads regarding the exact time Homo sapiens left Africa. Recent findings of a series of stone tools in the southern periphery of India has led to the rise of the fact that homo sapiens could have left Africa much earlier than it was predicted previously.

Similar tools excavated way earlier at Attirampakkam 60km from Chennai was estimated to be the remains of the era that could be traced back to 385,000-172,000 years prior today. The estimation about the African history by a geologist named Robert Bruce had revealed that the human race would have migrated from the eastern periphery of Africa about 70,000 years ago had settled in the southern periphery of Asia about 50,000 years ago. The stones artifacts of the Acheulian cultures included some chopping tools and bifacial handles and cleavers and were found layered beneath the sediment deposits of the river.

The revealed theories have also shown the place from where the stone tools were excavated to be earlier inhabited by hominines and apes about 1.7 million years ago.

As stated by the researchers, it is yet to be found out whether the tools were made by Homo sapiens or some other evolved creature as no human fossils were found near the tools during the excavation. An archeologist named Michael Petraglia stating his views against the theories and predictions said that the findings should not be taken as a proof for emphasizing on the sooner exit of Homo sapiens from Africa because he believed the tools to be made independently by some other evolved creature.

As of true evidence, fossilized human remain has only been found in the 1982 discovery of the Narmada Valley which strongly traced back the Homo sapiens exit from Africa to 385,000-172,000 years ago.  A physics researcher from Ahmedabad named Ashok Singhvi has said that the Indian environment is such that it doesn’t support the reveal of organic remains. As per the researchers the question as to who made the tools can only be answered and the time of human exit from Africa can only be brought to light if and when human remains get excavated from India.