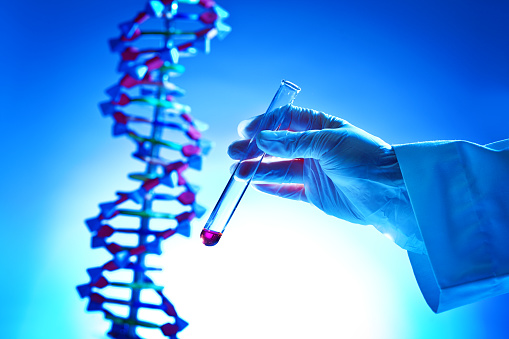 Genetic conditions are a kind of diseases or deformities that are present in a newborn by birth. It is generally seen either due to the absence or mutation of any gene.

Though there is no fixed inheritance, there can be symptoms seen in the child either from maternal or paternal gene defects. It was quite naive to think about the treatment of any genetic disorder until a few years back. But with regular research and advancements, things are now a little more hopeful to treat such conditions.

In this case, there is an absence or mutation of a gene called UBE3A. Though the child inherits one pair from both the parents, the paternal gene is usually silent, and the maternal one is mutated. Such a mutation in the gene leads to intellectual disabilities and neurological disorders.

There have been attempts to treat such disorders using gene therapy, and the entire process is under trial until 2022. The attempt is based on using snippets of RNA that can bind with DNA to activate the silent copy of the paternal gene.

Once the gene is activated, there will be the production of necessary proteins for healthy brain activity. These are all the theoretical processes published in the medical journal, but it will take some time to overcome the possible barriers and start showing results.

The most commonly used gene therapy is GTX-102, which targets the missing, mutated, or silenced gene and restores the normal function—these Angelman syndrome gene therapy trials are now destined to move to treat autism.

Though there is no permanent treatment or a good result that has cured a genetic disorder, there are now a ray of hope and a lot more promising trials that indicate a future free from autism.

All such gene therapies are either mostly theoretical, or in their initial trial phase until up to 2021, but it will take some more time to get the final results in humans.

Many barriers hinder medical professionals’ approach to success, including the blood-brain barrier that inhibits any therapeutic drug from entering the brain for treatment. The studies and trials are still going on, and hopefully, we will be able to cure such disorders soon in the future.