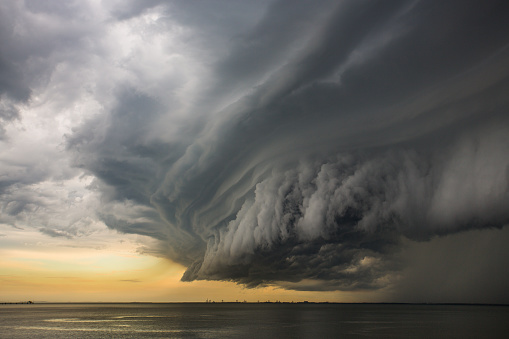 La Nina conditions have set; they are identified with a higher repeat of genuine cyclones over the Bay of Bengal and colder winters.

This year could see perpetual and more genuine cyclones over the Bay of Bengal during October-November and a respectably higher repeat of cold waves throughout the winter season, India Meteorological Department (IMD) chief, M Mohapatra said.

“We accomplice La Niña years with a higher repeat of genuine tropical storms over the Bay of Bengal and colder winters. However, various segments sway the winter. A figure will be given in November for the winter months. Regardless, in case we consider only the impact of La Niña, by then that is absolutely associated with colder winters,” said M Mohapatra, boss general, IMD.

The latest gauge shows the cooling of SSTs will without a doubt continue and weak La Niña conditions will most likely change into moderate La Niña conditions during the coming months and backing till in front of the timetable one year from now. No storm has developed this October yet.

In any case, the plunge over north inside Karnataka and associating locales of Maharashtra moved west-northwestwards and incapacitated into a particularly checked low-pressure area over the southern part of Maharashtra. Nevertheless, in the wake of joining with the Arabian Sea, it is likely going to increment eventually with energy from the ocean.

It is most likely going to move west-northwestwards and over the east-focal Arabian Sea off the Maharashtra coast around October 16 morning. It is then inclined to grow into a decline again during the accompanying 24 hours over east-focal and adjoining upper east Arabian Sea off Maharashtra–south Gujarat coasts, move consistently west-northwestwards and increment further. Rainstorm withdrawal from northwest India will proceed basically after these atmosphere structures subside and deluge stops.