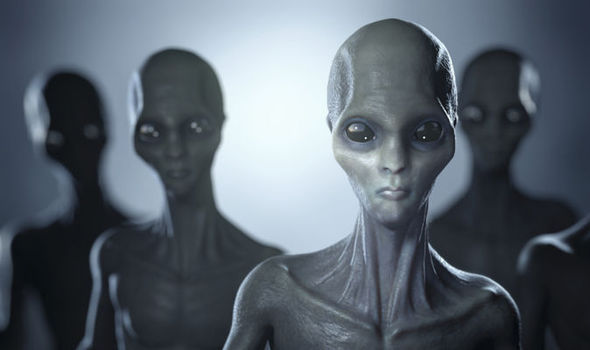 A scientist is claiming that US space agency NASA has covered up the evidence of alien life on Mars. The name of the scientist is Dr. Barry DeGregorio and he is from the University of Buckingham. According to him, NASA’s Curiosity Rover, which is currently exploring the Martian ridges, has got hold of traces of fossils, thus indicating about the presence of alien life on Mars.

But, NASA is clearly not revealing about this fossil find on Mars, as per DeGregorio. Explaining more about the fossils on Mars, Di Gregorio said, “They look remarkably similar to Ordovician trace fossils I have studied and photographed here on Earth. If not trace fossils, what other geological explanations will NASA come up with?” DiGregorio claims that the trace fossils represent the sign of ancient soft-bodied creatures that once roamed the Red Planet. He feels that these trace fossils need to be researched more but NASA is covering up the information of evidence of alien life on Mars because of its plans to send humans to Mars in the 2030s.

“NASA has turned its back on trying to get the data on this,” said DeGregorio. According to him, NASA is reluctant to investigate the clues that could lead to getting information about alien life on Mars. The space agency has directed the Curiosity rover to move forward without making a closer look at the trace fossils found in Gale Carter region. “One of the things that grabbed me immediately was the expediency that NASA left the area of such a mission,” informed DeGregorio. He further added that order came down from NASA HQ that they should move the rover on to the next point.

De Gregorio believes that Gale Crater is an important location on Mars as it was hosting probably a series of lakes for many years in ancient Mars. When he looked at the images taken by Curiosity more closely he found out that the sticks merged into host rock and the features that it had were probably reminiscent of trace fossils. DeGregorio says that the crystals do not add up or branch or twist and finding those types of crystals on Mars might be indicating about an era on Mars equivalent to the Ordovician period on Earth. De Gregorio has said that he will be unveiling a report having the details of the trace fossils found by Curiosity and also how NASA covered up the evidence of alien life on Mars.

Moreover, many alien enthusiasts that believe in the existence of extraterrestrial life have spotted several mysterious objects on the Martian surface including goblin face, army camp, spoon, lizard, and much more. However, the discovery of Gautam Buddha statue on the red planet caught most attention which suggested that aliens on Mars are not only intelligent but they follow a culture just like we humans do on Earth.

Some also claim that the US space agency NASA cannot ignore such things and they know that aliens do live but they are hiding it from us. However, NASA unofficially claims it to be Pareidolia — a psychological phenomenon involving a stimulus wherein the mind perceives a familiar pattern of something where none actually exists.

Facial Recognition System Market Down To A Trickle Month Other Covid-19 Traders Cling On The Hope.