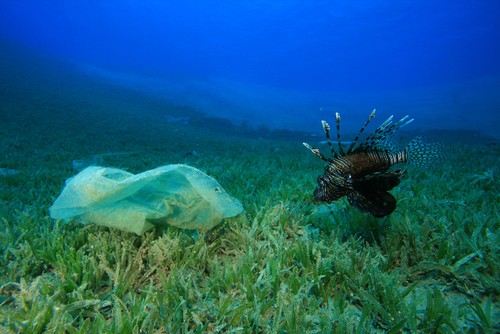 The coral reefs are already being affected by the back to back events of mass bleaching caused due to warming waters. Also, overfishing and repeated toxic runoffs from industries have threatened the life of corals. And now, the addition of plastic wastes as a potential threat to the lives of corals have worsened the situation for the world’s largest habitat for marine animals.

The latest study was carried out by Joleah Lamb, a marine disease ecologist at Cornell University and his colleagues. Lamb said, “We came across chairs, chip wrappers, Q-tips, garbage bags, water bottles, old nappies. Everything you see on the beach is probably lying on the reef.” Lamb and his team looked at around 124,000 corals from 159 reefs in Thailand, Myanmar, Australia and Indonesia and found out that there are more than 11 billion pieces of plastic wastes on coral reefs across the Asia-Pacific. The researchers also predicted that the plastic deposition in reefs will increase by 40 percent by 2025, taking the estimated plastic waste deposits to roughly 15.7 million.

The study discovered that the likelihood of a disease increases from 4% to 89% when corals are in contact with plastic. The addition of plastic wastes in coral reefs increases the risk of coral disease more than 20-fold, as per the researchers. The study revealed that once the plastic waste enters the reef, it stresses the coral through light deprivation, toxin release, and anoxia. Lamb informed that main trouble about coral disease is that once the coral tissue loss occurs, it will not come back. It’s like getting gangrene on your foot, and there is nothing you can do to stop it from affecting your whole body,” said lamb.

At present, there are more than 275 million people depending upon coral reefs for food, coastal protection, tourism income, and cultural significance, as informed by Professor Bette Willis, from the James Cook University in Australia. So, it becomes important to reduce the risk of disease outbreaks in coral reefs.

Traces of Aliens visiting Earth found in Mexico; Should we worry?
Will aliens destroy Earth? Proof of extraterrestrial life spotted in Mexico (Video+)