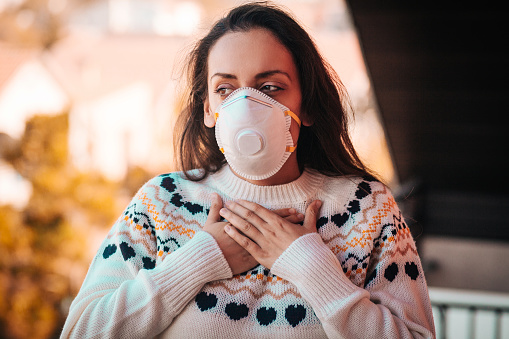 Dr. CN Manjunath who is the director of Sri Jayadeva Institute of Cardiovascular Sciences and Research and also a member of the state’s COVID task force claimed that about five to six percent of patients develop clots in arteries and brains and some patient even develop clots in legs. He said that people also complain about fatigue and stress. He also noted that Diabetes also became on from those.

Dr. Satyanarayana of Mysore who is a senior pulmonologist from Manipal Hospitals and also a member of the state COVID task force said that lung fibrosis is the other complications as the lungs take more prolonged time to get appropriately recovered from the damage. Even patient who has recovered suffer breathlessness according to Dr. Satyanarayana.

Dr. Sujay Prasad who is the medical director and Neuberg Diagnostics said that they have also seen patients who are suffering from clotting problems and in many cases, they have found clotting in the brain which is dangerous for the human body as the brain is responsible for many activities which keeps the people alive.

Dr. Ravindra M Mehta, who is a senior consultant and HOD of Apollo Specialty Hospitals, claimed that he has seen a return of familiar signs or symptoms like fever, breathlessness, and even fatigue. He is pulmonology, and he as well said that more sequelae include impairment of renal and cardiovascular functions, myalgia, depression, and many other persistent physical and emotional effects. He also had ongoing hypercoagulability.

Blood clotting occurs mainly in the brain, legs, and arteries. When the blood clot form in the veins of the body, then it is called deep vein thrombosis. It primarily occurs in the leg, and it can even happen anywhere in the body such as in the brain, pelvis, arm, and other. By this, it prevents new clots from developing and existing clots from growing further larger. It does not dissolve a clot, but the body dissolves that clot naturally.

Ayurvedic drugs can be effective for Covid-19: AIIA
Use of N95 Surgical Masks can reduce Covid 19