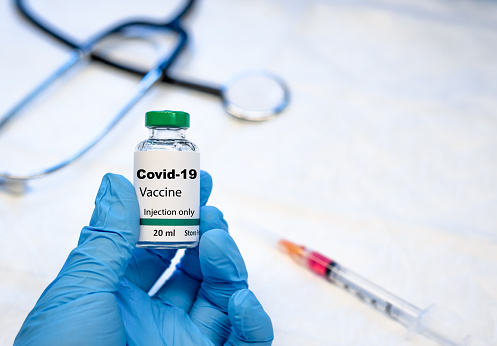 Aspen Pharmacare has signed a preliminary agreement with J&J (Johnson & Johnson) for the production of the Covid-19 vaccine. The South African pharmaceutical company will be involved in formulating and completing the secondary packaging of the vaccine. This facility is equipped with a production capacity of about 300 million doses per annum.

The manufacturing is proposed to be carried out at Aspen’s sterile facility at Port Elizabeth in South Africa. This facility is equipped to handle sterile drug and vaccine manufacture as well as pre-filled syringes and ampoules.

Aspen has considerable expertise in the manufacture and supply of multi-drug-resistant TB drugs and HIV and AIDS antiretrovirals. Aspen has also been manufacturing anesthetics and dexamethasone for Covid-related treatments. The news caused a share price rise of about 11.5% in Aspen Pharmacare shares.

Clinical trials are still underway for the vaccine candidate Ad26.COV2-S. Another planned vaccine production venture in South Africa is by Biovac Institute, a collaboration between private players and the South African government.

The late-stage clinical human trial conducted by Johnson & Johnson was temporarily halted as one of the 60000 participants was noticed to be feeling ill. The clinical trial was not halted by the regulators but by the company as a potential safety concern. The company would not recruit and dose any more trial participants as dictated by protocol.

Since Phase 3 human trials involve a diverse group of people with varied genetic predispositions and medical backgrounds, often there is a situation of patient developing illness, which might not be drug or vaccine-related. The trial resumed in the early weeks of October 2020.

Now J & J is slated to test the experimental Covid-19 vaccine on young people in the age group of 12 to 18 years. There have been doubts raised by the medical fraternity on the suitability of such a vaccine on young children. This was based on the concerns of triggering ‘Multisystem Inflammatory Syndrome’ in them.

The vaccine by Janssen rides on the modified adenovirus to carry the SARS-CoV-2 virus ‘spike protein’ to the cells in the body. The adenovirus platform has been used earlier for HIV trials. Similarly, the clinical human trials being conducted by Oxford-AstraZeneca were also halted as a patient was noticed to have a spinal-cord related neurological disorder.

Another human clinical trial is being conducted by Pfizer and Moderna. Pfizer has started test trials of the Covid-19 vaccine in young kids of around 12 years. The mRNA (messenger RNA) technology is being employed by their vaccine. The AdVac platform uses a cold virus to transport the coronavirus genetic components in humans to trigger an immune response.