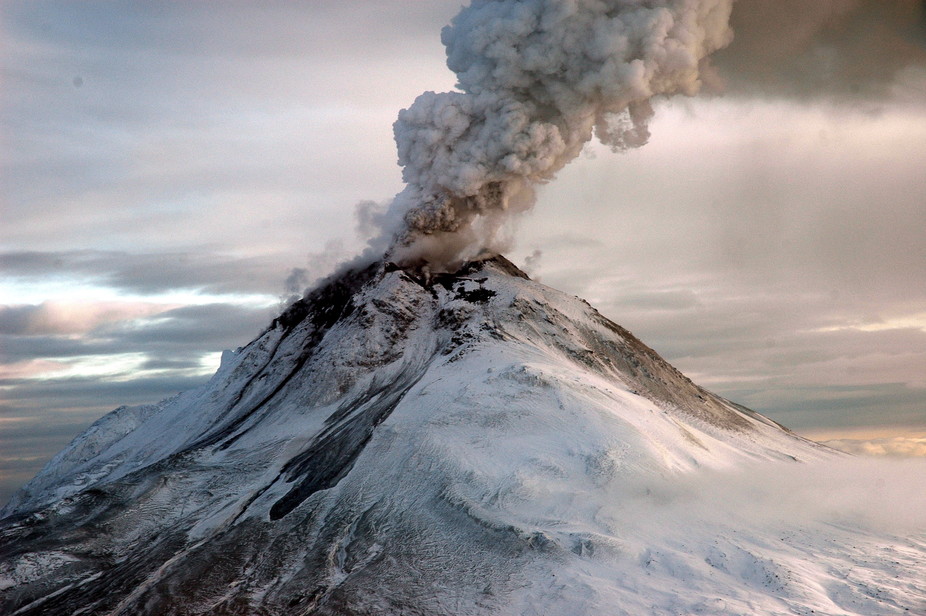 One of the active volcanic islands of Alaska belonging to the Aleutian island chain erupted on Wednesday and has been spewing ash into the atmosphere for almost as high as 30000 ft.

Bogoslav Island, the island chain located off the coast of mainland Alaska into the berring sea, has the popularity of  being one of the geographical forms that formed as a result of underwater volcanic eruptions way back in the 1700’s when it was first noticed by the geophysicists. As a matter of fact, due to stratovolcanic nature of the so called island, bogoslav island has about 1800m of underwater volcanic formation underneath the surface of the ocean. Only about 150m of the elevation is visible above the sea level in the form of island. Stretching for less than 2 km, the island houses a great diversity of wildlife that includes guillemots, tufted puffins etc. During the favorable conditions, the island serves as a breeding ground for a large biodiversity sustaining in the area. The eruptions have been more or less regular with a short time in between last century when it went dormant for a couple of years. The frequent eruptions, which are mostly stratovolcanic in nature, have been a common place since last December 2016. Due to the fact that the island has no human inhabitants, no known loss of lives or property has been reported.

At the wake of these volcanic eruptions on the bogoslav island of Alaska the trans-pacific airline is said to be affected. The presence of the ash and smoke emitted from the volcano can be dangerous for the airbuses taking flight in that route. The authorities claim to have circulated a warning among the flights that are scheduled through that area.

Earth orbital variations and sea ice formations: Key to ice age periodicity
Climate change could be driving up the mercury level among fishes