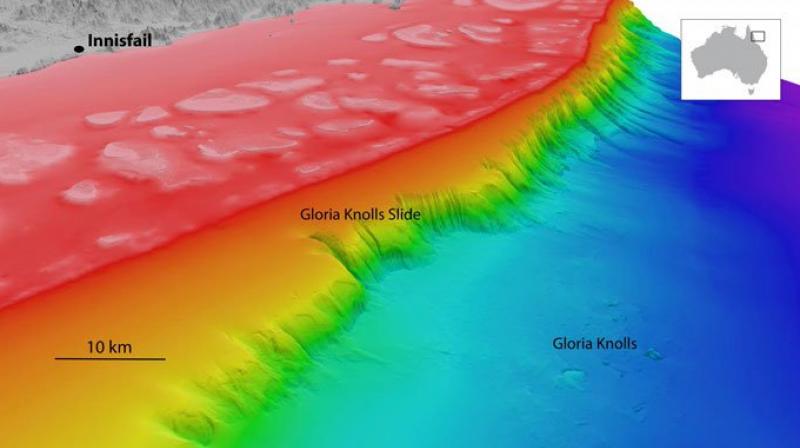 Australia’s iconic Great Barrier Reef, which usually hosts ample of multicolored fish, mollusks, starfish, turtles, dolphins, and sharks, also accommodates a massive landslide under its water, reveals a new research conducted by a team of international scientists. A team of researchers has announced the discovery of the surprising and massive landslide under the depth of Australia’s Great Barrier Reef at a press meet, held on 8th February.

As per the published report, the formation of the landslide is immensely contributed by a super-strong earthquake. The prehistoric landslide was also expected to contrite to the towering of a tsunami some 300,000 years ago. As expected by the founders, the landslide is likely created by a powerful tremor that eventually caused the mounting tsunami wave up to 27 meters (90 feet) high. The researchers, while conducting a three-dimensional mapping project of the seafloor in the region of the world’s largest reef, unexpectedly stumbled upon the ancient landslide under the water of Great Barrier Reef.

According to Robin Beaman, one of the associated researchers from the James Cook University, “We are conducting the 3D multibeam mapping of the root seafloors of Great Barrier Reef and ended up by exploring the remaining of a massive landslide, lying under the depth of water. The residuals are relatively flat and have eight hills. It appears like knolls with some more than 100-meter height and three km length.”

According to the report published in Efe news, the scientists have dubbed the antique landslide as ‘Gloria Knolls Slide.’ The volume of the landslide is 30 times larger than of the iconic Uluru rock, located at Northern Territory’s bone-dry “Red Centre.” The remaining of the landslide consists of massive hills and smaller slabs that stretch out in a sprinkled condition over an area of nearly 30 kilometers and at a deepness of around 1,350 meters.

To confirm the origin and details about the ancient landslide, the lead researcher of the project, Angel Puga-Bernabeu, from the University of Granada in Spain scrutinized the recovered oldest fossil corals from the top of the knoll, which dates back nearly 302,000 years.