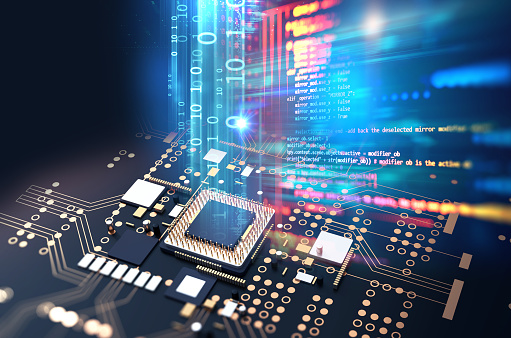 After what seems to be a long time in being introduced, the first discrete GPU from Intel has been released. The new software framework Deep Link from Intel integrates the GPU and CPU to offer superior performance. The Intel Iris Xe Max Discrete GPU is complemented by the Tiger Lake processor.

Intel has indicated that the Iris Xe Max – Tiger Lake pairing will offer tremendously faster AI-based creations when compared with other third-party GPUs. Open Broadcaster Software and Topaz Gigapixel AI and HandBrake have integrated with Deep Link already. They are examples of the power of integrated and discrete GPUs for speedy video conversion. On the anvil are integrations with Fluendo, CyberLink, Blender, and Magix.

The initial foray of the discrete GPU is with laptops. This move by Intel is a definitive move for the company into the discrete GPU segment. This is ideal for use in slim and light laptops; portable systems for content creators. The Iris Xe Max uses the Xe-LP microarchitecture that is applied to the 11th generation Intel Core mobile processors.

Iris Xe Max is more like a graphics co-processor or another GPU in your system. Rather than pitching the Xe Max as a gaming solution, Intel is positioning it for mobile content creation. This processor can aid in video encoding. The other benefit would be in terms of accelerated GPU computing. This move might pitch the Xe Max with the MX350 by NVIDIA.

Intel has entered into partnerships with 3 OEMs – Dell, ASUS, and Acer. The Iris Xe Max Graphics has been integrated with Dell Aspiron 15 7000 2 in 1, Acer Swift 3x, and Asus VivoBook Flip TP470. The products will be launched in China and North America.

The company intends to release a discrete GPU for servers soon. This discrete GPU will continue to use Xe-LP architecture. The Xe-LP discrete GPUs for desktops might be introduced in 2021. But it won’t be available as a standalone product but will be integrated with select desktop models. There is also a move to introduce discrete GPUs aimed at gaming PCs and high-performance servers.

The discrete GPU focuses on media encoding and AI-based creation rather than real-time graphics. With features such as Instant Game tuning and game sharpening, the gaming performance is considerably enhanced, especially for 1080p resolutions.