Home » News » The pressure inside a proton is greater than a neutron star: a study suggests 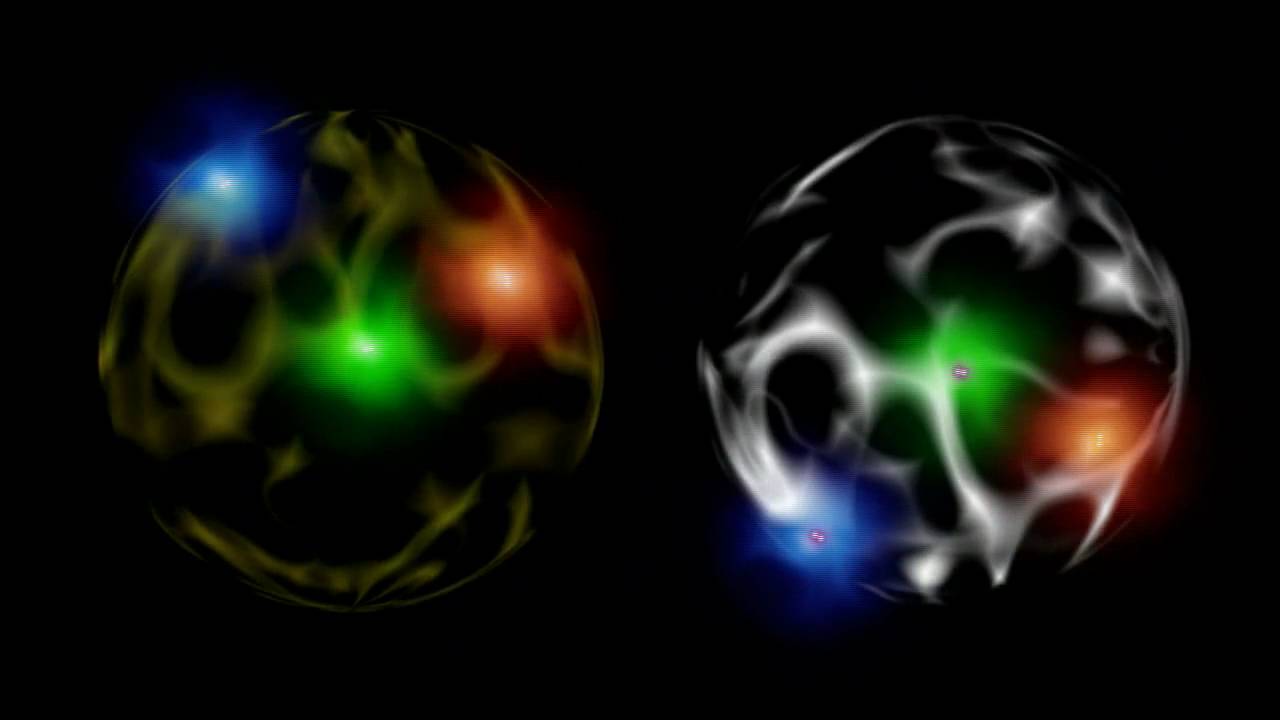 A neutron star is the densest object known in the universe bearing an extremely high pressure inside its core, however, it is baffling that a proton which is a component of an atom which is indeed extremely small bears more internal pressure that even the neutron star. According to the researchers at the Jefferson Lab in Virginia, they used the Continuous Electron Beam Accelerator Facility (CEBAF) along with some complication and tricky mathematics in order to calculate the mind-boggling pressure inside a proton.

Researchers calculate the pressure observed by the quarks, the building blocks of a proton, at 100 decillion pascal near the center which is approximately 10 times the pressure observed in the heart of a neutron star. Further, they found out that the pressure is applied in an outward direction from the center of the proton which is extremely high compared to the inward-directed pressure exerted by the periphery of the proton towards its center which is quite low. The astonishing study and its findings are published in the journal Nature.

These findings could open a completely new field of study in nuclear and particle physics. The researchers used tow theoretical frameworks in order to derive at a conclusion on the strong forces within a proton which was once regarded as impossible to calculate. Researchers used the generalized parton distributions and gravitational form factors to calculate the weak gravitational force within the proton. Note that it was earlier regarded as difficult to learn when the latter was discovered by Heins Pagels in 1966.

In this particular study, researchers used the CEBAG to shoot electrons at the protons in the liquid hydrogen. This resulted in the production of an electron, a proton, and two photons which act as a proxy to the graviton, a subatomic component that the researchers have never directly measure. When the electrons were shot towards the protons, it collided with quarks which are the individual building blocks on a proton using the technique called Deeply Virtual Compton Scattering or DVCS. The process facilitated the researchers to calculate the gravitational form factors required to measure the pressure within a proton.

The findings can help researchers calculate the radius of a proton where the distribution of pressure inside the particle can be studied to the device its radius. It will also help them to uncover the mysterious such as why they don’t decay like a neutron does and more. Furthermore, quarks which make up the protons and neutrons can never exist on their own. This means they are always confined by something or some force. The pressure measured by the group of scientists could help them understand the factor that confines the quarks into the protons and neutrons and much more.