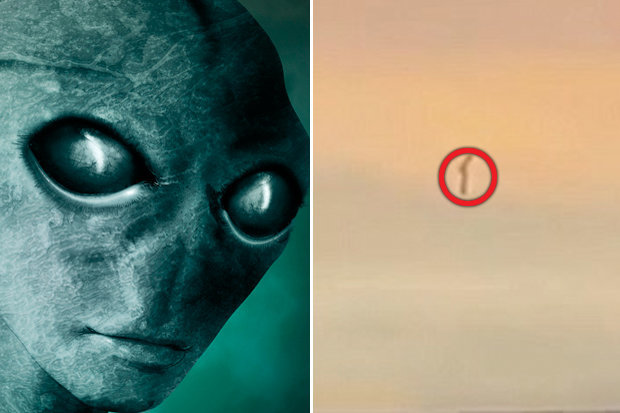 The word “Alien” has been ever present in the human society for something that is beyond our understanding. Recently, this topic of extraterrestrial life sparked the interest of common man with the strange object that was spotted in the skies of Baja state located in Mexico. This mysterious object was captured via a cell phone that shows a vertical aligned UFO flying over a city located in this state.

The object in the video isn’t clear enough to prove the presence of an Unidentified Flying Object (UFO). However, one can derive from the video that there is a certain cylindrical object hovering over the city which is aligned in a vertical manner.

Rumors of UFO sighting have been highly prevalent since ages with no solid proof of the presence of intelligent life visiting the perimeter of earthly realms. This is the very first video of UFO sighting after the arrival of this New Year. The clip, shot in the Baja state of Mexico has already started trending on numerous social media platform with conspiracy theorists stating that aliens might be keeping an eye on our activities.

According to a conspiracy theorist, Pedro Ramirez, UFO sightings have increased in number in the recent months due to the fact that space agencies such as SpaceX and NASA have been busy launching space missions on a continuous basis. This continuous space exploration might have attracted the attention of intelligent life beyond our blue planet. You can easily see this tubular shaped UFO flying in a vertical manner over the city. If claims are to be believed, UFO sightings and other alien activities have increased over a few months and especially during the year 2017’s final two months.

Ramirez further added that aliens knew that we have been launching a number of space missions which might be perceived as “War Material” being sent up in the sky. The extraterrestrial beings might be concerned with our increased activities, thereby monitoring the planet to confirm the cause.

The video of this particular UFO sighting was captured by a woman who can be easily heard in the video exclaiming “What is this?” while she continued shooting the object with her phone’s camera. The video garnered around 50,000 shares by netizens all over the web which was a result of concern or indifference in observation.

When you explore the definition of a spaceship or UFO, this latest sighting has all the signs of an extra-terrestrial machine but defied the perception of our knowledge about UFOs. Normally we believe that UFOs are circular discs or saucer-like objects. This is the very first time a vertical one has been seen hovering in the sky.

NASA has always been keen on trying to explore the possibilities of alien life visiting Earth but when it comes to UFO sightings, the organization doesn’t seem as much interested. As per NASA astronomers, most of these sightings don’t even come under the explanation of UFO. For instance, in the year 1972 during the Apollo 16, three astronauts captured an object with a dome on top. Charles Duke, Thomas Mattingly, and John Young speculated this object to be a UFO. However, it turned out to be a spacewalk floodlight which is why most of the UFO sighting does not attract interest from NASA scientists.

As per the judgment over the Mexico sightings is concerned, it is still under consideration. The conspiracy theory behind such sightings might be true for some instances as space missions in the recent months have increased significantly which might be a red flag for the intelligent life living far away from us.