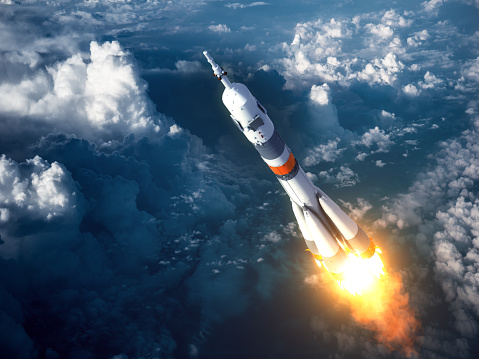 The Russian Soyuz MS-16 spacecraft left the ISS (International Space Station) and landed in Dzhezkagan, a town in the Kazakh Steppes at 8.45 am Kazakh time on Oct 22, 2020. The landing was supported by a retro-rocket and a parachute. The spacecraft covered 3136 orbits of the Earth measuring nearly 83 million miles.

The return of Soyuz MS-16 began with the undocking and the opening of the Spacecraft’s hooks between the two vehicles. The Soyuz was passively propelled away into space at about 0.1 meters per second. Then the active control of the spacecraft was taken over by the internal computer. The two separation burns were triggered at 4 minutes 30 seconds and 5 minutes 50 seconds on undocking.

Chris Cassidy along with Russian cosmonauts Ivan Vagner and Anatoli Ivanishin landed on Roscosmos, the Russian federal space corporation. The 3 member crew undocked the spacecraft at about 7.32 pm from the Russian Poisk module; the port facing space. They were part of Expedition 63. On landing, the crew was helped out of the Soyuz by recovery forces.

Cassidy, Ivanishin, and Vagner had to readjust to the Earth’s gravity after spending 196 days in space. They were then taken for initial medical checks to Karaganda, Kazakhstan. Cassidy will head back to Houston on a NASA plane while Vagner and Ivanishin will return home to Star City on a Gagarin Cosmonaut Training Center aircraft.

On November 1, 2020, SpaceX Crew-1 mission will arrive on the ISS carrying Soichi Noguchi, Shannon Walker, Mike Hopkins, and Victor Glover. The first crew took up residency aboard the ISS twenty years ago, an expedition that comprised two Russians and an American too.

The crew had some anxious moments when there was a fault in the Russian oxygen supply system and a broken toilet. Hardly a month ago, a slow air leak was detected on board. The Russian Zvezda service module had developed a small fracture causing the air leak situation.

Many research experiments and technology demonstrations were part of Expedition 63. Measuring and estimating the formation of water droplets and water flow for the showerhead process of Delta Faucet was conducted. Targeted cancer therapies were evaluated by leveraging microgravity.