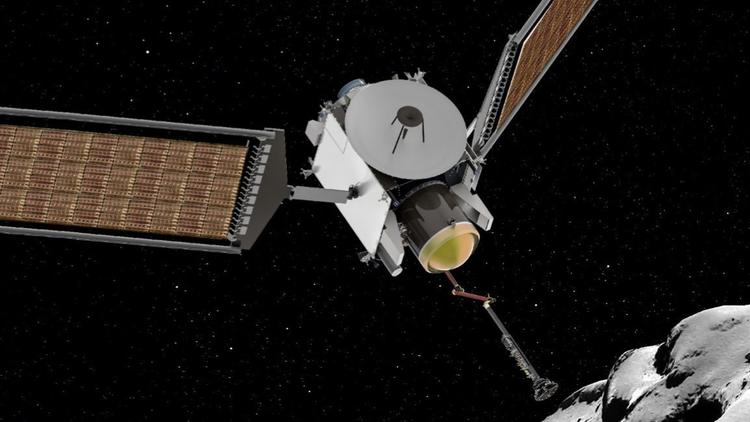 A dual quadcopter has been planned by NASA to be sent on Titan, Saturn’s moon for the purpose of sample collection from its icy nucleus. The same dual quadcopter is one of the two finalists that made it to NASA’s next New Frontiers mission which has been designed to explore the solar system starting the mid-2020s. Titan has a huge potential for being habitable and after Cassini’s death, NASA has been planning another visit to this moon to explore the possibility.

Out of the 12 proposals that were submitted during the month of April, these two missions were finalized and a continued funding shall enable further development of the concepts. In the year 2019, NASA shall put the tag of a winner in either of the missions that shall start by the end of 2025. The mission to be chosen shall follow the footsteps of the prior New Frontiers selections that are currently operational. The three missions include the Juno probe which is orbiting Jupiter, the OSIRIS-REx which is on its way to asteroid Bennu to collect sample and return back and lastly the New Horizon mission to Pluto.

The finalists in the missions have been selected to return back to the already mapped locations in space. However, this new voyage shall bring in new revelations which shall be an in-depth analysis of the locations.

The Dragonfly mission involves an eight-rotored lander that holds the potential to fly. This mission would focus on exploring Titan’s hazy atmosphere made up of hydrocarbon while examining the surface of the same. The Titan’s surface is covered with Methane and ethane seas as well as rivers. Even if this moon is way different from our blue planet, the chemical composition of the terrestrial ball makes it a fascinating subject to study for the potential of life. Earlier, Cassini spacecraft mapped the moon in detail by flying by the Titan several times during its mission.

Elizabeth Turtle, a planetary scientist at the Johns Hopkins Applied Physics Laboratory (APL) in Maryland and principal investigator for Dragonfly said,”With Dragonfly’s detailed measurements of the moon’s composition, “we can evaluate how far prebiotic chemistry has progressed in an environment we know has the ingredients for life — for water-based life, or potentially even hydrocarbon-based life.Dragonfly would spend most of its time on the ground, but by being a rotorcraft, we’re able to fly to multiple sites tens to hundreds of kilometers apart to be able to make these measurements in different geologic settings.”

Apart from the two finalists, NASA officials have decided to fund the development of two more missions. However, these new missions would not advance to the next step. The two missions include Venus In situ composition Investigations (VICI), led by Lori Glaze at NASA’s Goddard Research Center in Maryland and another being Enceladus Life Signatures and Habitability (ELSAH) which is led by Chris McKay of NASA’s Ames Research Center in California. After the completion of the Phase A concept studies of the selected two missions, NASA has been planning to rigorously evaluate the missions to be able to decide the one that shall see the space.

Minerals present in Martian rocks sucked in all water and made the planet inhabitable, says study
Astronomers spot this monstrous black hole 690 million years after the Big Bang