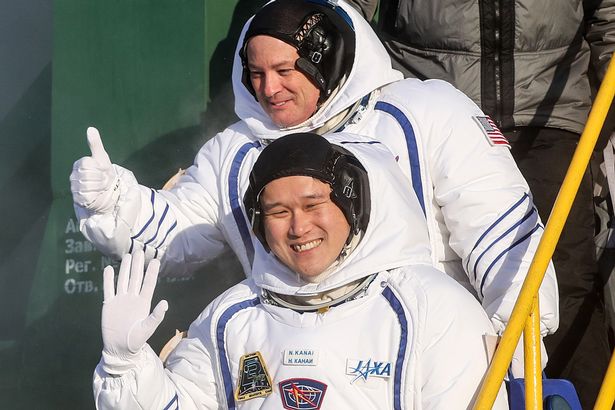 Norishige Kanai, a Japanese astronaut recently made it to the headline with his surprising claims that stated that his body had stretched by a length of 3.5 inches during his three weeks long stay onboard the ISS (International Space Station).

However, the astronaut later admitted his fault by stating that he miscalculated the figure while the actual increase was just 0.9inches. It is normal for any astronaut to observe a change in height during the time spent in space. The unavailability of strong gravity causes the spine to expand or attain its full length causing a slight extension of the height. But, this phenomenon isn’t long lasting as the height changes back to original as the astronaut gets back to Earth.

Astronauts are normally sent to space for a time period of six months in order to understand the effects of radiation, isolation, and weightlessness on the human body for an extended period of time. American astronaut Scott Kelly completed a long duration of 340 days aboard the ISS along with Russian cosmonaut Mikhail Kornienko jotting down their names as the astronauts to complete the maximum time in ISS in the year 2016.

The extension of the spine in space is similar to the phenomenon that occurs as we sleep. During the day, Earth’s gravity acts vertically n our spine causing it to shrink slightly, but as we sleep at night, the gravity acts on our body in a horizontal manner which helps the spine unfold to its original length. This is the reason we are at our tallest as we wake up from sleep.

Aboard the ISS, the gravitational effect on the body is highly diminished which enable the spine to extend to its maximum capacity. However, the extension is not too humongous. It is limited to an inch or little more.

The unusual growth spurt statement by the astronaut garnered interest from various media channels as this was something out of the ordinary. Finally, after re-measuring himself, Kanai came out to the media with a tweet that clarified the miscalculations. The growth was limited to less than an inch. Kanai is still aboard the ISS while his return is planned in the month of April, allowing him three more months to grow in space.

Facial Recognition System Market Down To A Trickle Month Other Covid-19 Traders Cling On The Hope.