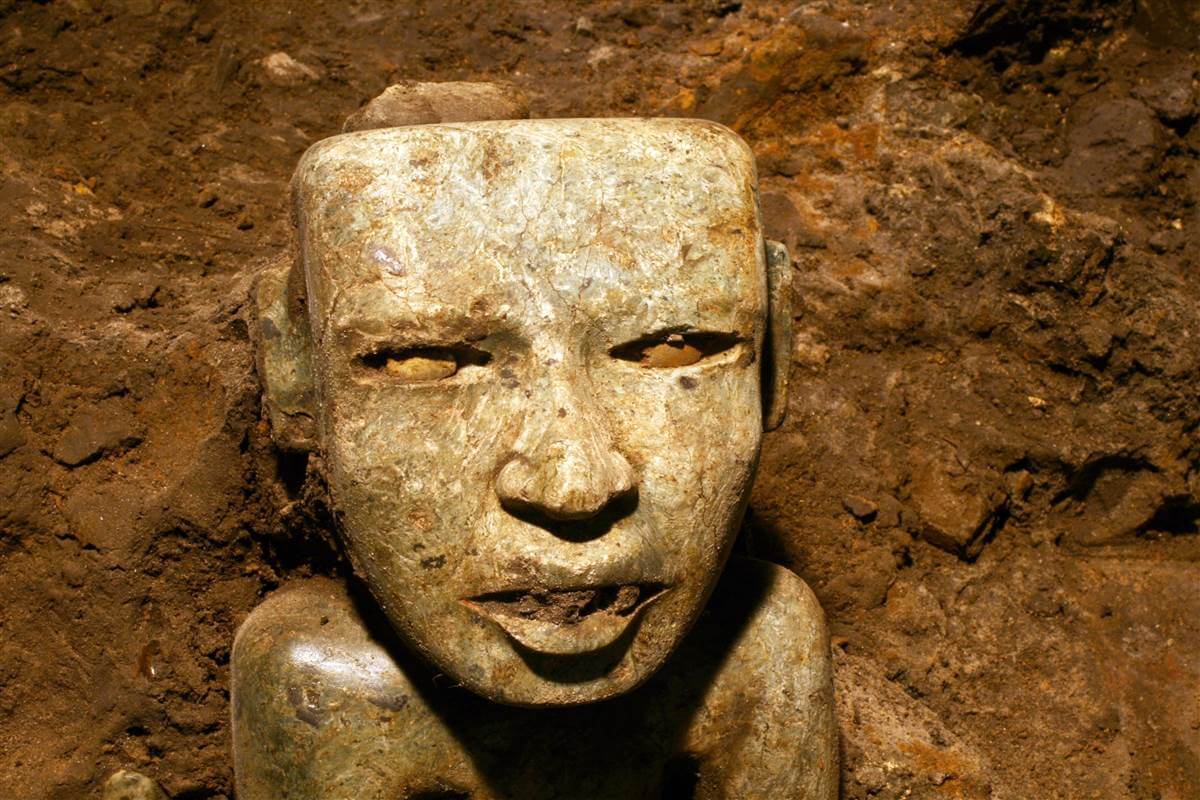 A month ago, researchers discovered the world’s largest underwater cave in Mexico. The name of the cave is Sac Actun and it spreads to almost 347 kilometers (216 miles). Recently, a research team led by underwater archaeologist Guillermo de Anda of Mexico’s National Institute of Anthropology and History revealed that the giant underwater cave is home to almost 250 cenotes (naturally occurring sinkholes) and contains 198 archaeological sites.

Out of those 198 sites, around 140 are thought of Mayan Origin. When the archaeologist found this largest underwater cave, they were sure that the cave packs many sunken secrets of the Maya civilization. And now, they have discovered many ancient Mayan artifacts and fossils of long-extinct animals inside the underwater cave system. Anda said, “This undoubtedly makes it the most important submerged archaeological site in the world.”

Previously it was thought that the Sac Actun comprised of two distinct caves. But last month, when explorers of the Gran Acuífero Maya (GAM) visited the underwater cave they found out that there was a passageway between the two. Hence it was confirmed that the underwater cave system in Mexico is the largest in the world. On Monday, the research team revealed about what they discovered from this 216-mile long underwater cave. The researchers were surprised by the amount of archaeological elements that the cave possessed and also the level of preservation that the ancient elements had. “It is very unlikely that there is another site in the world with these characteristics,” de Anda said

Some important discoveries from the underwater cave system include remains of an ancient elephant-like species called gomphotheres, giant sloths, human remains including skeletons and burnt human bones. According to the researchers, the human remains were around 9000 years old which means that the human activity in the Mexican region dates back to around thousands of years earlier than it was previously thought. It also indicates that ancient Mayan trade took place through this route.

De Anda informed that the merchants followed established routes and used these places as ritual pilgrimage points. “They made stops at altars and sacred sites to make an exchange with the gods and they’ve left their mark there,” said de Anda. The Mayans considered the cenotes (sinkholes) as sacred and also the sinkholes provided fresh water to the Mayan people. According to De Granda, the ancient people probably never lived inside the Sac Actun system, rather they ventured inside it in search of water during stressful climatic conditions.