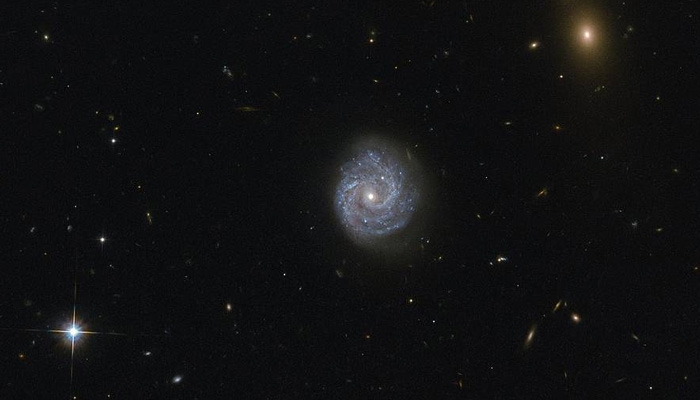 Before Stephen Hawking died on March 14, he stated that the universe came into existence from ‘nothing’. Questions related to how the universe came into existence? Why matter exist? Why antimatter exist? And others have been the basic principles of metaphysics. With advancement in technology and scientific equipment, researchers have started applying scientific methods to answer these questions that have become a part of the cosmic conundrum. According to a report published in CNN, there is something because of which, we are here. If it was opposite, we wouldn’t be here. So the questions arise are, Why the universe is not a featureless void? Why universe does have matter rather than just energy. There are a plethora of theories and hypothesis obtained by scientists over the years of which, some are explained below.

Researchers at the Sanford Underground Research Facility started working on a project entitled ‘Majorana Demonstrator’ where the site is located near Lead, South Dakota. The researchers started working on a project that involves placing a rare isotope of germanium 65 pounds in a quantity that has been cooled down to the temperature that it has started liquefying air. Then, they place their scientific equipment nearly one mile deep to gauge the answers whether why the universe is made up of matter exclusively. Talking about the theory that literally contradicts the universe as we observe. To put things into context, Standard Model is a theory according to which, there are an equivalent amount of matter and its antimatter which is a substance that complements a matter.

Theoretically, when matter and antimatter are fused together, it results in 100% conversion in energy. In fact, a paper clip made up of the matter is fused with a paper clip made of antimatter, it will result in energy far greater than the atomic bomb that was detonated in Hiroshima, Japan. Since, our universe was formed due to Big Bang as per modern cosmology as per which, energy explosion resulted in the equal amount of matter and antimatter that must have been resulted. But where is antimatter? Whatever we observe around us, in the universe, it is all made up of matter while the existence of antimatter has become a mystery ever since it was first discovered in 1964 and it is still being studied.

But this isn’t the only explanation available in the scientific world. In a different theory, leptons which are a class of subatomic particles familiar to electrons are found revolving around atoms. However, there is a lesser-known class of leptons and neutrinos that emit nuclear radiation through the process called beta decay. As per the process, nuclear radiation is produced when neutrons present in an atom decays to found in neutrino, electron, and proton. These particles have extremely weak interaction and thus, difficult to study or even detect. Talking about neutrino, there could be matter and antimatter neutrino present in the universe which is a mystery and needs further investigation.

After years of research on neutrino, scientists know that there are both types of neutrinos, however, the question is whether these are formed together or they are different. It is difficult to recognize both the type of matter since these are like identical twins where both look exactly the same. Apart from beta decay, scientists are also contemplating and experimenting with double beta decay, neutrinoless double beta decay and other sorts of subatomic phenomena before they can find the results on why everything in the universe is made exclusively of matter and not antimatter.

As per Wiki, The Universe is all of space and time and their contents, including planets, stars, galaxies, and all other forms of matterand energy. While the spatial size of the entire Universe is still unknown, it is possible to measure the observable universe.

The earliest scientific models of the Universe were developed by ancient Greek and Indian philosophers and were geocentric, placing Earth at the centre of the Universe. Over the centuries, more precise astronomical observations led Nicolaus Copernicus to develop the heliocentric model with the Sun at the centre of the Solar System. In developing the law of universal gravitation, Sir Isaac Newton built upon Copernicus’s work as well as observations by Tycho Brahe and Johannes Kepler’s laws of planetary motion.

Further observational improvements led to the realization that our Solar System is located in the Milky Way galaxy, which is one of many galaxies in the Universe. It is assumed that galaxies are distributed uniformly and the same in all directions, meaning that the Universe has neither an edge nor a center. Discoveries in the early 20th century have suggested that the Universe had a beginning and that it is expanding at an increasing rate. Roughly eighty percent of mass in the Universe appears to exist in an unknown form called dark matter which cannot be directly observed.

The Big Bang theory is the prevailing cosmological description of the development of the Universe. Under this theory, space and time emerged together 13.799±0.021 billion years ago with a fixed amount of energy and matter that has become less dense as the Universe has expanded. After the initial expansion, the Universe cooled, allowing the first subatomic particles to form and then simple atoms. Giant clouds later merged through gravity to form galaxies, stars, and everything else seen today. It is possible to see objects that are now further away than 13.799 billion light-years because space itself has expanded. This means that objects which are now 46 billion light years away can still be seen in their distant past, because at that time they were much closer to us.

There are many competing hypotheses about the ultimate fate of the universe and about what, if anything, preceded the Big Bang, while other physicists and philosophers refuse to speculate, doubting that information about prior states will ever be accessible. Some physicists have suggested various multiverse hypotheses, in which the Universe might be one among many universes that likewise exist.