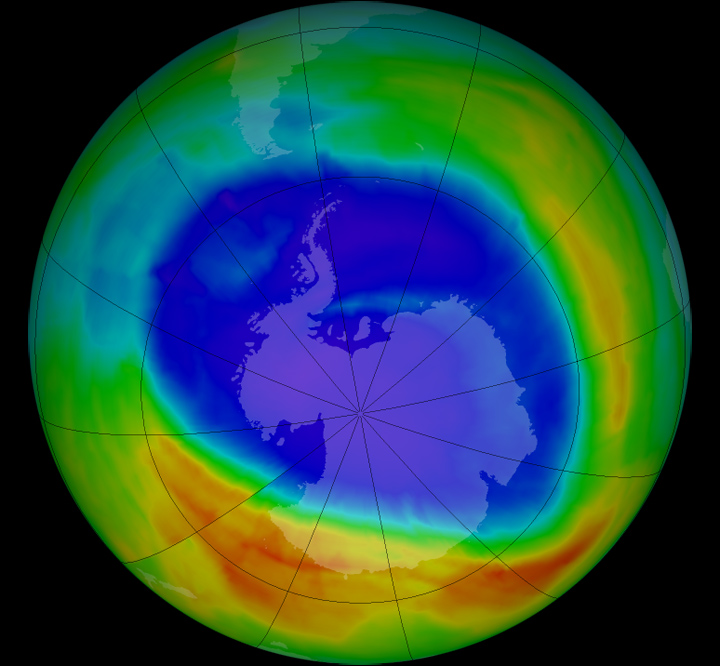 Montreal Protocol, an international agreement was signed in 1987 thereby ending the production of all ozone-destroying chemicals like CFC, Freon, etc. It has been more than 30 years that the accord is being monitored and complied by all the participating countries in order to combat climate change. Discontinuing the use of CFC and other ozone-destroying chemicals have helped the ozone layer to repair itself over the years and it has been projected to fully repair in few coming decades. However, a recent study has stated that somewhere, someone is using the banned chemicals which have seen an uptick when calculated by various instruments.

Stephen Montzka, the lead researcher along with his team at the US National Oceanic and Atmospheric Administration has been tracking and monitoring the levels of CFCs over the years. They noticed that something is odd with one of the chemicals called CFC-11 which was earlier used as a solvent, refrigerant, propellant, and as styrofoam. Similar to all other CFCs, CFC-11 was discontinued at the Montreal Protocol in 1987 which means, its production must be nil or low and its level must have declined over the years.

According to the data collected by the researcher, the CFC-11 has reported following a steady drop of 2.1 parts-per-trillion each year between 2002 and 2012 which has declined to 1.0 part-per-trillion per year between 2015 and 2017. This indicates apparent incline in the unintentionally or intentional usage of CFC-11 with emission in the atmosphere which has triggered an international investigation. To put things into perspective, there has been a 22% decline in the rate of decrease of CFC due to an apparent increase in emission which would eventually delay the ozone recovery.

Scientists were able to distinguish the difference in levels of CFC-11 in different hemisphere using A.U.S. Observatory in Hawaii where they found out that northern hemisphere reports higher levels of CFC-11 compared to the southern hemisphere. They were able to detect the uptick of the production from somewhere in East Asia, however, locating the exact position will still require further investigation. Dawood Zaelke, who is an expert on the Montreal Protocol was surprised with the findings stating that there are more affordable alternatives available for CFC-11.

There are a variety of reasons behind the uptick in levels of CFC-11 in the atmosphere for which, the research paper is published in the journal Nature. It discusses how it could be accidental production or due to the weather pattern that has fluctuated the CFC gases in the stratosphere. It could also be due to increase in the demolition of buildings bearing old CFC-11 residues. According to the data, there have been around 13 billion grams of CFC per year which makes it imperative for the concerned authorities to pinpoint the source of the emission.

The increase in CFC has an adverse effect on the ozone layer where it weakens it thereby disrupting protection against harmful ultraviolet rays. Since this group of gases was banned and bound to an international law, it would result in a non-punitive judgment and might end of the party or even the offending country into negotiation.