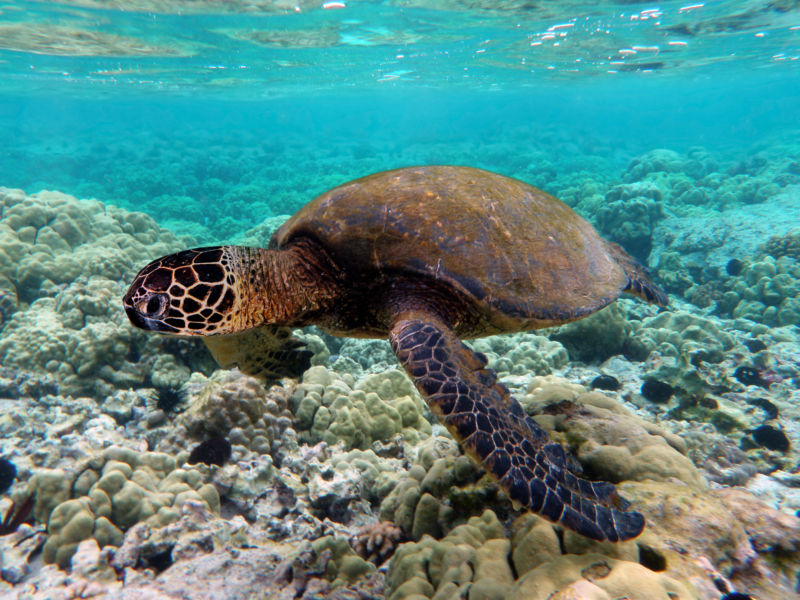 A new study has revealed that a turtle population dwelling in the Great Barrier Reef is full of females. Yes, this shocking report has once again made everyone aware of the impact of global warming on sea creatures. According to the study, the warmer temperatures of ocean water have resulted in birth of only females across turtle populations in the Great Barrier Reef.

After analyzing the turtle populations in the Great Barrier Reef, the scientists found out that almost 99.8 percent of the adult green sea turtles present in northern, warmer area of the Great Barrier Reef were females. Also, among a slightly younger juvenile group of turtles, about 99.1 percent were found to be girls. For the research, a group of scientists from the U.S. National Oceanic and Atmospheric Administration and the Queensland Department of Environment and Heritage Protection in Australia analyzed more than 400 turtles dwelling in the warmer waters of Great Barrier Reef. They found out unexpectedly high numbers of females in the turtle population and blamed the warm areas of the sea as the root cause of this problem.

According to them, when the turtle eggs come under the influence of warmer sea temperatures, the chances of birth of a female turtle become very high. Scientists are quite concerned about this bizarre gender difference as this could cause the turtle population to collapse. As the turtles have a very long lifespan, the situation becomes even worse with the changing climate. The study further informed that under cooler sea temperatures also the female population dominates the male population but there the percentage ratio is almost 60:40. The study said that the results suggested that increased sand temperatures affect the sex ratios of the northern Great Barrier Reef population such that virtually no male turtles are now being produced from these nesting beaches.

The scientists said that their findings add another dimension to the growing body of evidence that warns about the impact of increasing sea temperatures on ecosystems, specifically the Great Barrier Reef. At present, there are almost 200,000 nesting green turtle females residing in the northern Great Barrier Reef, as per the study.