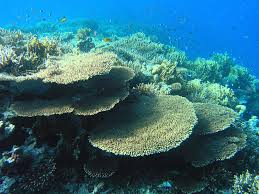 Octopuses are the most amazing creature. These tentacle creatures are mysterious enough and have the capability of blending in along with the surroundings in the sea.

“This may explain why they’re such good problem solvers,” Clifton Ragsdale, a neurobiologist at the University of Chicago unaffiliated with the paper, told Scientific American.

In Most of the organisms including humans, there are instructions to make proteins that bring life written in little code in DNA.While making these proteins, double standard DNA are read by a set of enzymes and then translate it to RNA, which is read by another set of enzymes which finally converts it into proteins. During DNA-to-RNA translation it sometimes happens that the cells find a way of intercepting the genetic messages. This process is known as RNA editing.RNA editing usually produces mutated protein which is slightly different which can be considered as a way to adapt to different. This rarely occurs in human. Among the 20,000 or so protein-encoding genes,40 places are such where RNA editing can be held as per the New York Times.

Octopuses have a lot more RNA than any human or many other species. According to a survey in these species who have around 20,000 genes for proteins, out of which 11,000 places are such where RNA editing can occur. Recorded by editing it is observed that there comes up an entirely new sequence of proteins.RNA change can be worse enough to effect the octopus biology and therefore helps them keep their nerves firing in the waters when it becomes frigid. Cephalopods, a species of octopus have not evolved much over time in comparison to other species or animals; this would be disadvantageous in such a way that if any species has not evolved with the changing environment are more likely to die. But in the case of these species, They have tried to keep their DNA constant to some extent as they can use RNA editing as a better and faster way to adapt. They have an ability to manipulate their code which is preserved in DNA.

“We want to see which environmental variables influence the RNA editing process—things like variation in temperature…maybe something more complex like experiences,” Joshua Rosenthal, a marine biologist at Woods Hole, told Scientific American.

There is a probability of these cephalopods to be the most adaptable creatures on the planet. Octopuses have indicated that there are chances of them to end up being the new cephalopod overlords.

The study provides cephalopod smarts and some evidence that RNA recording was the reason for it. But “tantalising hints toward the hypothesis that extensive recording might have contributed to the exceptional intelligence,” Eisenberg said, of the squids, octopuses and cuttlefish. “Of course, at this point, it’s just an enticing idea to think about, and we would need much more evidence to say anything definitive in this direction.”