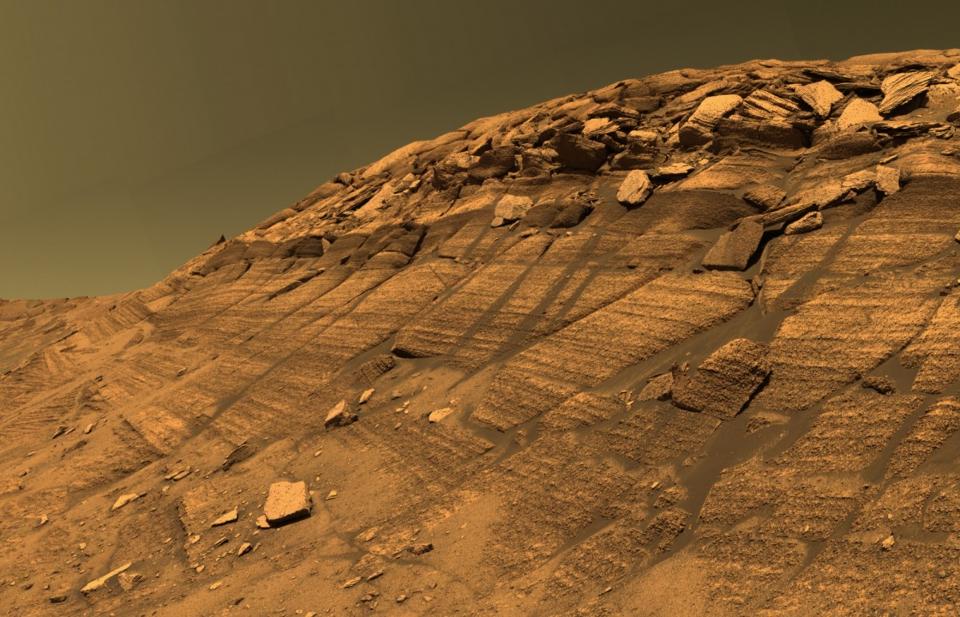 Water on Mars is a time-honored puzzle for astronomers and scientists across the globe. However, scientists, with the help of NASA’s Mars Rover – Curiosity have been inching closer to the complete exploration of water possibilities on the Red Planet. While the cluster of evidences are there which verify the possibility of water existence on Ancient Mars, a recently conducted study has come up with a contrary view to this.

According to the new theory brought up by the scientists of National Aeronautics and Space Administration (NASA), the ancient atmosphere of Mars likely didn’t have sufficient carbon dioxide (CO2) and sunlight for maintaining water sources. The ancient sun was approximately one-third less balmy and hence it was incapable of keeping Mars warm enough for maintaining the unfrozen state of water. Moreover, the lack of Carbon Dioxide also caused the Ancient Red Planet to miss the water source.

As per the hypothesis introduced by NASA’s scientists, the presence of carbon-dioxide creates a thicker blanket of greenhouse gasses in the atmosphere, which with the amalgamation of sunlight helps to keep the surface of ancient Mars temperate. But before 3.5 billion years ago, Mars had much less carbon dioxide for delivering sufficient greenhouse-effect, causing temperature to defrost water ice.

Scientists, by analyzing the data received from NASA’s Mars rover Curiosity have concluded this new path-breaking theory, which can pave new paths for exploring the atmosphere ad formation of ancient Mars. However, the Geological indication given by the Curiosity rover reveals proof of lake beds and waterway laying on Mars, which NASA’s planetary scientists believe to be formed by the liquid water sources. While a number of evidences supporting the possibilities of water on ancient Mars are plentiful, the new theory has emerged as a great surprise for other Mars researchers.

Curiosity Rover, after analyzing the Martian substratum, detected no proof about the existence of carbonate minerals in the samples. And hence the analysis concludes that the shortage of Carbon Dioxide in the sample bedrock means the ancient atmosphere of Mars too lacked the Carbonates nearly 3.5 billion years ago and hence couldn’t maintain the liquid source of water. Due to the shortage of warmness and sunlight, the water sources of the Red Planet frozen over the years.

On this context, the scientists of NASA have put forward a single question – “How Sun, in its formative years, shining quite dimly than it shines today, could have had kept the water source of Red Planet in soften state?”

While some previous theories suggested Ancient Mars to have enough carbon dioxide, required for warming the planet as a greenhouse gas does, the new study paper, published in the journal ‘Proceedings of the National Academy of Sciences’ has raised questions over this credence.

Commenting on this matter, Thomas Bristow, a scientist of NASA’s Ames Research Center, Moffett Field, California and the lead researcher of the project said, “It is really hard to get the liquid source of water in an atmosphere where the percentage of Carbon Dioxide used to be really nil. It is simply impracticable to get liquid water even if the Martian Atmosphere has had hundred times more carbon dioxide than what the mineral confirmation in the Martian substratum is telling us.”

However, up to date, scientists have been unsuccessful to perceive how Martian Atmosphere was once warm enough to hold up water in liquid form.