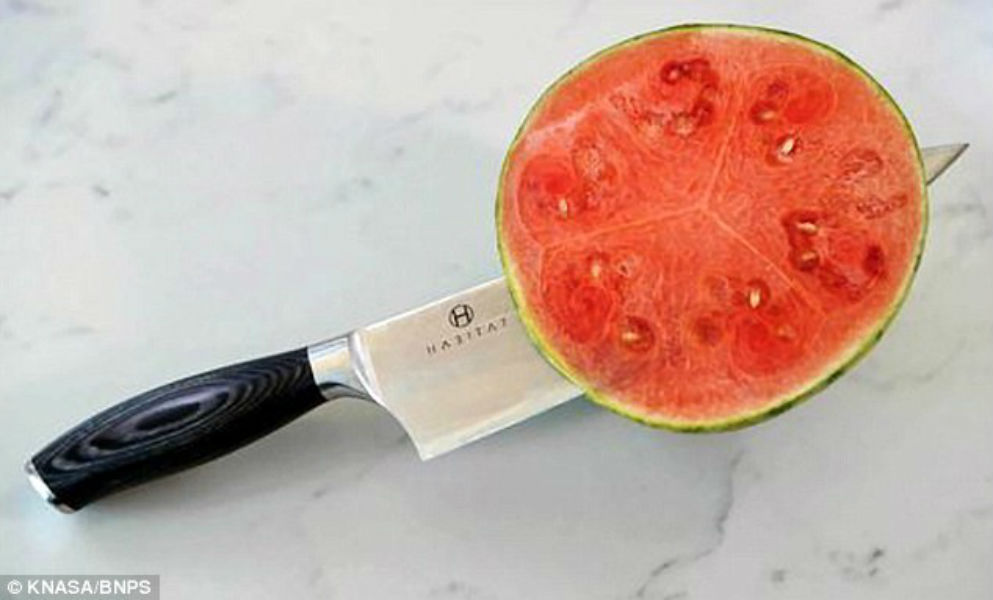 The annoying situations of seeing your way through a tomato just because of the blunted knife is soon going to over, as NASA’s engineers have developed a self-sharpening knife, which you will never need to replace or repair. Soon, the days are coming when you don’t need to sharpen your knives in specific intervals!  Called ‘KNasa Chef Knife’, it is twice as sharp as other standard blades. The new cutting-edge ‘KNasa Chef Knife’ is claimed to razor-sharp for five times longer than other same-type tools. Under the price range of $100 (£82), the revolutionary knife will be on the market in May, this year.

The new knife is made out of an ultra-durable alloy, which is developed by a team of scientists at the California Institute of Technology (Caltech). The alloy also has been certified by the engineers at NASA. The radical knife features a 25-degree angle, with 12.5 degrees on each side, and hence is proved to be much thinner blade than other standard knives. With super-thin and ultra-sharp features; the knife is proven for delivering a more precise cut. The brains behind the concept of knives claim it to be the first true improvement in knife after almost 200 years.

Invented by the researchers of California-based Habitat, the knife is claimed to be under development for past several years. It is twice as strong as titanium and can last for years, without needing any maintenance or repair, claim the brain behind the invention.