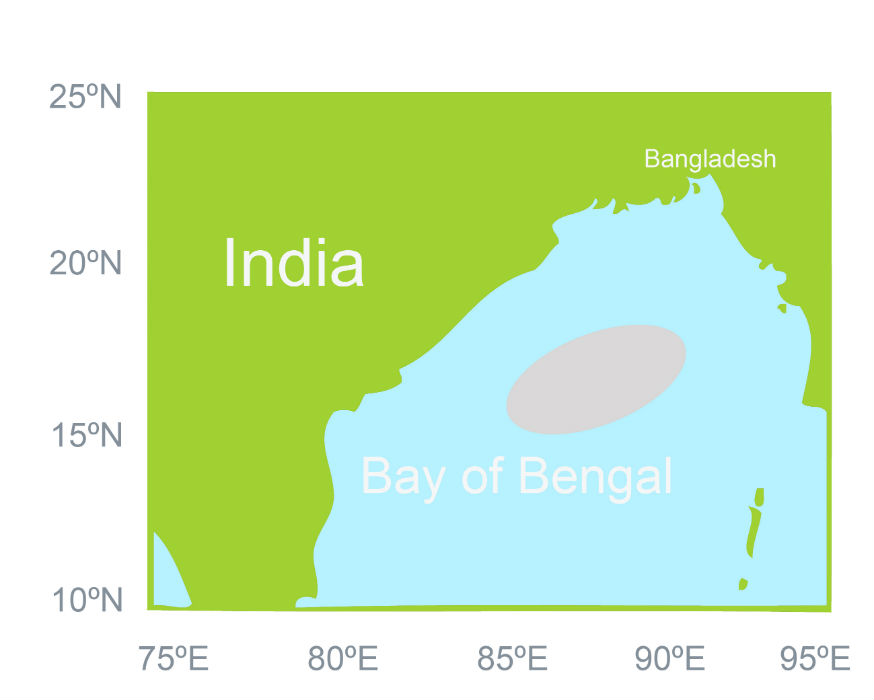 “Dead Zones”, which are usually found off the western coastal of North and South America, Namibia and off the West shoreline of India in the Arabian Sea, is recently discovered in the Bay of Bengal, spreading over thousands of kilometers. A group of Indian scientists recently have spotted the Bay of Bengal to host a hazardous Dead Zone, swelled over 60, 000 square kilometers. After finding the region to be a Dead Zone, researchers have warned it to be extremely treacherous for marine lives as well as for human beings.

‘Dead Zone’ of the Bay of Bengal is a region that lacks the presence of oxygen and supports microbial practices that confiscate a large amount of nitrogen from the marine. The area which is estimated to be 60, 000 square kilometers is tipped off as perilous surrounding for the marine lives of Bay of Bengal.

A group of Researchers, including the scientists from the Council of Scientific and Industrial Research’s National Institute of Oceanography (NIO) in Goa, during a study has found these surprising facts. The scientists, while publishing the study reports have explained that the water of Bay of Bengal do have a little amount of oxygen but the amount is much less than the standard amount of Oxygen a sea usually has. The researcher also revealed that the standard technique can’t identify the oxygen level of Bay of Bengal because of its miniature amount which is expected to be around 10,000 times less than that discovered in the air-saturated surface waters.

The scientists also warned that the microbes presented in the dead zone of Bay of Bengal are capable of removing all the hydrogen from the ocean. But due to the traces of oxygen, they are failed to do so. Earlier, in other dead zone declared areas, the presence of microbes have already discovered. But all of them are reported to work at a much slower rate than of Bay of Bengal, which has surprised the scientists.

According to Wajih Naqvi, the former director of NIO and the co-author of the study, “If you take the entire amounts of oxygen out from the Bay of Bengal, no doubt, it will become a major nitrogen remover among all the oceans presented across the world.”

The complete details of the study were published in the journal Nature Geosciences.