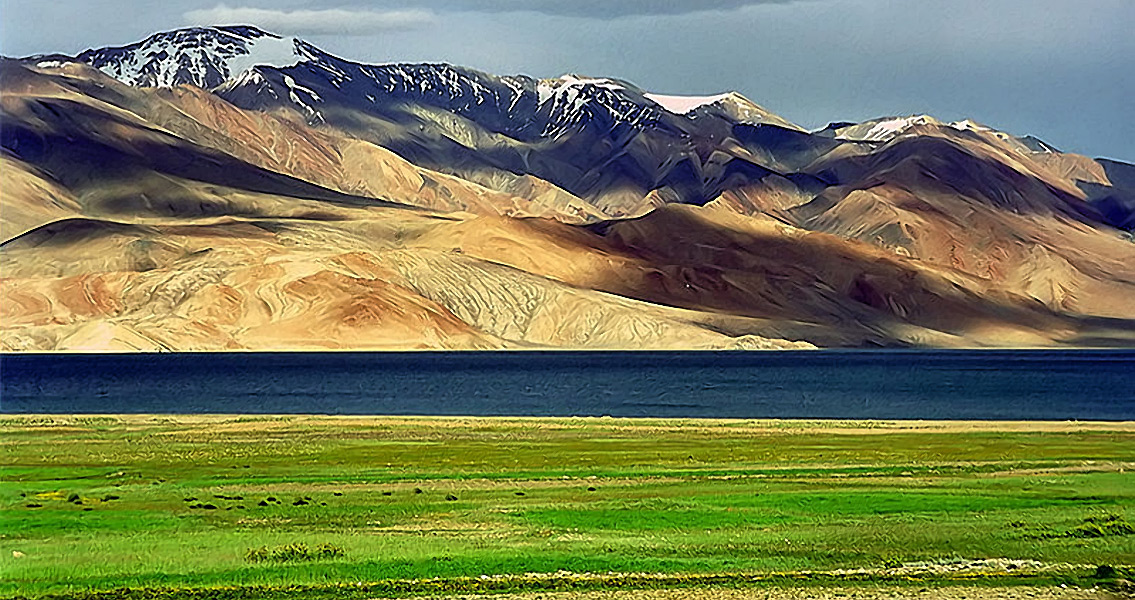 According to the new study, the permanent settlement of human being on high-altitude Tibetan Plateau dates back at least 13, 000-7,400 years. After finding a cluster of wraithlike handprints and footprints on a mountain north of Lhasa, the researcher has confirmed that the humans started a living permanently in the thin air of Tibet much earlier than it previously thought out to be.

The research paper, published in the latest edition of Science Journal, suggested that the scientists, after discovering the prints and foot marks from the stones, now have developed a clearer image of the location’s importance and its significance to revealing the mystery of Tibetans’ ethnic origins. According to the estimations of the researchers, Chusang was very much likely to be used by residents of a neighbor year-round settlement which dates back 7,400 to 12,700 years ago. While the researchers previously expected the permanent villages to be originated on the Tibetan Plateau at least 2, 200 years before, the new findings have suggested them to date hundreds of thousands years back.

According to some locals, the seized foot and hand prints were found to be pressed into an antique lump of sandstone which is positioned 14,000 feet above the sea level close to the current village of Chusang, were left by mythological monsters. But a group of international researchers has revealed that the marks found on the limestone were not left by any mythological beasts but, it is the sign of human being who used to reside there before 7, 400 years. The discovery holds many intriguing pieces of evidence to the mystery of ethnic origins of Tibetans and the researchers are expected to solve some part of this enigma soon.

As mentioned in the study report, Mark Aldenderfer, at the University of California, Merced who head the research and his co-author and geologist Michael Meyer, from the University of Innsbruck employed radiocarbon dating and some other highly advanced technology to test and calculate the age of rocks and grime samples found close to the hand and footprints.