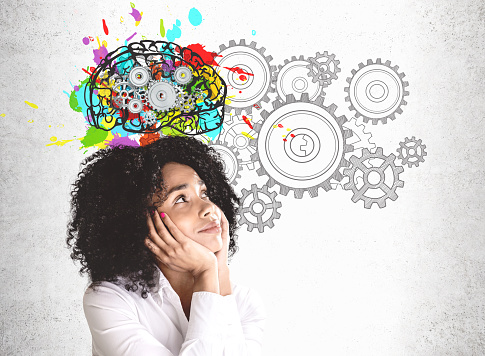 The human brain is fascinating and studies have always thrown up new insights into its functioning. According to a recent imaging study conducted by researchers from Yale and UCL, the brain’s responses differ based on the socioeconomic backgrounds of the people you are talking to. A report was published in the journal ‘Social Cognitive and Affective Neuroscience’ after a study was conducted on 39 conversations between different people.

Each of the participants wore headsets while carrying on a conversation with the other. When people conversed with others belonging to a radically different background, socioeconomically, considerable activity was noticed in the front lobe area. Known as the left dorsolateral prefrontal cortex, this part of the brain has an effect on language and speech along with attentional and cognitive reactions.

The basis for checking the responses of the brain was through a technique fNIRS (functional near-infrared spectroscopy). The fNIRS technique is often used to study any changes in brain functions, especially in cases of psychiatric and neurological conditions. fNIRS is an optical imaging procedure whereby variations in concentrations of Hb (Hemoglobin) in the brain are measured.

In this non-invasive technique, the characteristic absorption spectra of Hemoglobin are measured in the near-infrared range. For this, the participants had to wear a light headset that monitored blood oxygenation and flow. The changes were measured using near-infrared light. This technique was radically different from the earlier one that involved using MRI scans. The process was tedious and prevented spontaneous conversation.

Most participants of this study were residents of New Haven in Connecticut. They came from varied socioeconomic backgrounds and were aged between 19 and 44. In this study, participants spoke for about 10-12 minutes on random subjects. Then, the participants were questioned on their education levels and family income levels. Based on their scores, patients were divided into ‘high disparity’ and ‘low disparity’ groups. The groups were then paired for conversations in all combinations of similar and dissimilar. Then the impact of the variables was examined.

According to the researchers who were part of the study, this experiment demonstrated that brains reacted in different ways based on the socio-economic background of the person it was interacting with. It threw light on the neurobiological response of the brain and how it affected our social interactions. The study could help further the research into how the brain deals with diversity.