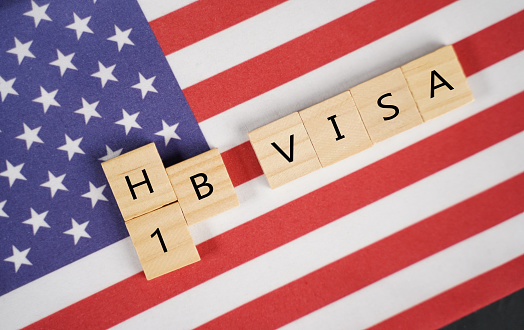 The American unemployment rate nearly doubled in 2020; from 4.1% at the beginning of the year to 8.4% in August 2020. The definition of a specialty occupation and employer-employee relationships has been redefined by the US Department of Homeland Security and the Department of Labor (DHS). With the new rules, it will become more difficult for companies in the U.S. to hire people on non-immigrant H-1B visas.

It will also affect Indian staffing and services firms as they assign staff on projects at third-party locations in the US and elsewhere. For third-party worksite hiring, the H-1B visa will be issued for 1 year instead of 3 years. There will be increased monitoring of the workplaces to ensure compliance. This new rule would affect nearly a third of the H1-B applicants.

The number of specialty occupations specified in the revised program has also been reduced. In the last few years, nearly 70% of the H-1B visas were given to Indians. Most H1-B visas went to the American tech giants such as Amazon, Google, and Apple. This move could severely restrict access to a talented pool of workers involved in research and development. There is a considerable shortage of skilled persons in STEM (Science, Technology, Engineering, and Mathematics) applications.

The reason behind the H-1B Program

85000 H-1B work visas are issued each year. While 20000 are for foreign workers with a Master’s qualification from the US, the remaining 65000 are for workers in specialty occupations. In April 2020, nearly 2.5 lakh applications had been submitted for H-1B work visas and about 65% were from Indians. Many Indian tech companies have been using the H-1B visa route. Recently, they have resorted to hiring local talent or hiring existing H-1B workers at a higher salary. The foreign workers on H-1B should be paid the same as their US counterparts for similar jobs and with the same education and skills.

The H-1B program was created to fill the void in the workforce to stay ahead in the global scenario on the science and technology front. But it has displaced many American workers and led to lower wages in some occupations. Cheaper foreign labor was unfair to American workers. With this move, it is hoped that wages to foreign workers and similarly-employed American workers are on par.

On October 6, 2020, the ‘interim final rule’ on H-1B visas was announced with the validity of 60 days of publication in the Federal Register. As per the interim rule guidelines, any executive policy announced by Government agencies must be given 60 days before application. But in this instance, the USCIS might forgo this interim period and ensure compliance with the changed H-1B rules so that the economic crisis in the country is not worsened. The minimum salary requirements as outlined by the Department of Labor would be effective right away.