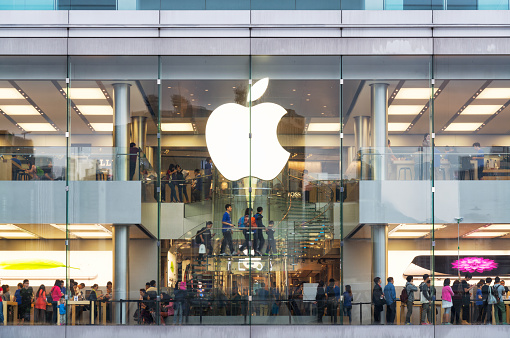 App Annie offers digital industry information on mobile analytics. The app gives pertinent information gathered over websites and nearly 8 million apps. Annie app reports throw light on online behaviors and quantify them for better analysis. This data helps in understanding customer behavior and planning strategies to acquire and expand your customer base. These stats and behavioral insights go a long way in optimizing your ROI.

As per the report, H1 2020 has witnessed increased screen viewing going to the data. In fact, the data reveals that there was the highest quarterly jump in consumers expending on apps. Consequently, the amount of time spent on online games rose by nearly 20%. With lockdowns due to Covid-19, most people have been confined to their homes for many months.

The App revolution on the Global Market

The mobile has now turned increasingly as the tool for shopping, workout ideas, entertainment, and of course working from home. Growth in e-commerce was phenomenal – growth that would be typically 5 years of growth. Consumers spent nearly 27% (1.6 trillion cumulative hours) of their waking hours on their mobile apps.

Gaming and e-sports have taken on a bigger market since the pandemic and lockdown. There is a 5% significant increase in expenditure on gaming apps. The typical games downloaded included those that involved action, simulation, and puzzles. Most purchased games were based on action and strategy, and role play. The number of downloads was significantly larger than from the last quarter of 2019.

Nearly 31 billion new app downloads were noticed in the first quarter of 2020. There were increased downloads of apps from education, business, and health fitness categories. Apps that showed considerably increased download patterns included DoorDash, Venmo, Netflix, TikTok, Zoom, and PayPal. The bulk of the Google Play downloads were from Brazil and India. This is on account of the popularity of lower-cost Android devices among the large population.

The App Store’s revenue grossed $11 billion from gaming alone. This was more than Google Play Store’s entire revenue in the third quarter. Most downloads on iOS were from the U.S. and China. YouTube, TikTok, and Tinder were among the most popular. Most iOS users largely concentrated on games, photo and video apps, and entertainment apps. This year, there was a phenomenal 70% increase in iPhone ad placements.

The market was driven by interstitial ads. While Apple had only 2.6 billion app downloads, it grossed more revenue than Google Play which noticed 11 billion app downloads. Apple seems to be noticing increased spending on subscription apps too. Apple might consolidate its presence in gaming with Apple TV – focusing more on games as well as Apple Arcade, a personalized gaming controller.

Use of N95 Surgical Masks can reduce Covid 19

4 Types And Combinations For Matching The RCD To The Load