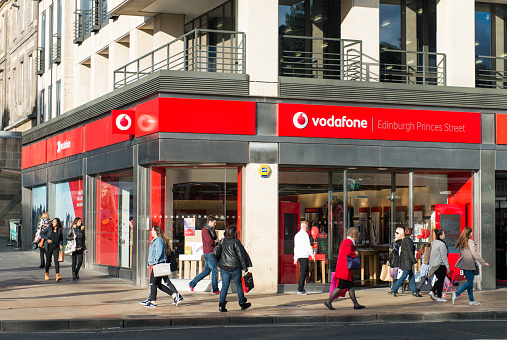 The first voice call on O-RAN was conducted by Vodafone and NEC Europe along with Altiostar in the Netherlands. NEC Europe is a subsidiary of NEC Corporation. This is the first attempt at an integrated O-RAN solution with Altiostar and will later include other radio vendors. Vodafone, a Dutch Telecom operator will transform its 5G network to a software-based network. NEC has its own range of 5G radio products.

By leveraging NEC’s experience as an Open RAN integrator, the partnership can work wonders in mobile network solutions. Besides, other COTS (Commercial off-the-shelf) hardware can be sourced from other parties. With this pioneering move, the stage is set for an Open RAN platform with multiple suppliers. This move will usher in a new generation of mobile network economics.

Till 2018, Tech Mahindra had a stake in Altiostar Networks, an American telecom software development organization. Tech Mahindra sold its share to Rakuten’s subsidiary. Rakuten is a part-owner of Altiostar. Rakuten has its own Rakuten-NEC 5G Core Network that will be rolled out for other operators. This network works on the 3GPP 5G core specs.

Altiostar is a supplier of 4G and 5G open-interface supporting solutions. These virtual RAN solutions are integral to the setting up of an open yet secure network that supports different vendors. These solutions would be instrumental in seamless up-gradation to 5G within the existing architecture. Mobile network economics will undergo a huge transformation as they can utilize technology with more efficiency. Altiostar’s vRAN has been deployed in many Indian cities through Bharti Airtel. In the UK, Vodafone has an Open RAN-compliant installation.

Open RAN Network
Open RAN (O-RAN) technology or Open Radio Access Network is a system that supports multiple vendors on its open ecosystem. The software and hardware are not aggregated. This technology forms the fulcrum on which the next-gen wireless infrastructure will be based. Open standards and specifications will be the norm.

TIP Open RAN, ONF, and O-RAN are some of the consortiums that are driving the innovative open standards. Built on cloud principles, O-RAN deploys mid-haul, and front-haul networks. The O-RAN alliance outlines specifications and open source software from Linux. The O-RAN alliance comprises AT&T, Verizon, and Telefónica.